Scottie out, Pogoy in for Gilas final lineup vs Kazakhstan

MANILA, Philippines – Roger Pogoy returns to action for Gilas Pilipinas as he replaced Scottie Thompson in the final 12-man lineup against Kazakhstan in their final game of the FIBA World Cup qualifiers.

Pogoy has fully served his five-game FIBA suspension and looks to make an immediate impact as the Philippines faces a must-win situation against Kazakhstan to cap off the sixth and final window.

Thirdy Ravena, who debuted for Gilas against Qatar, was likewise retained in the final lineup against Kazakhstan.

Meanwhile, Raymond Almazan has been left out for the second straight time in the sixth window. 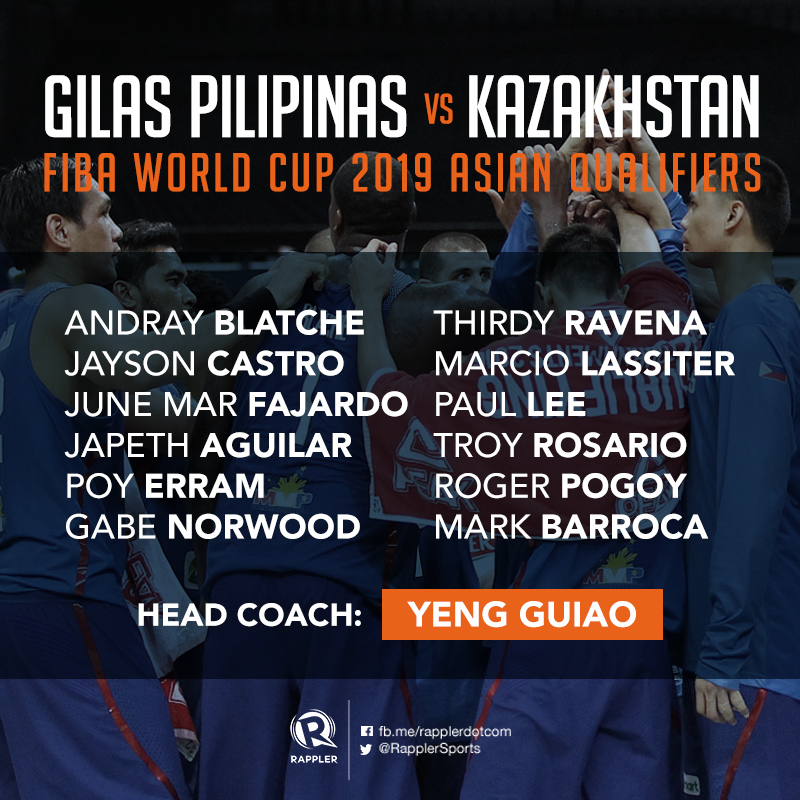