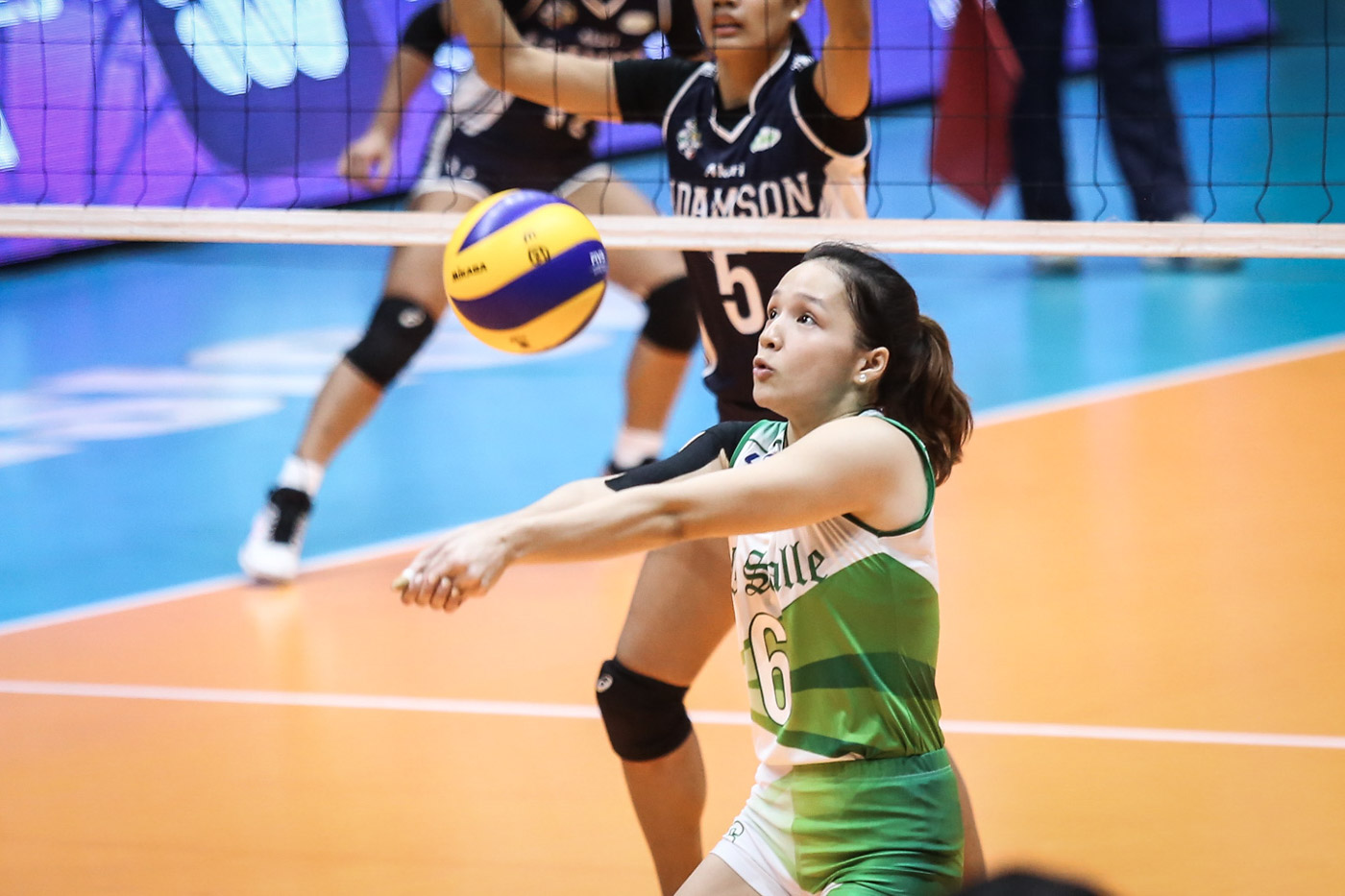 “Everyone is becoming a go-to guy so madali lang mag-distribute,” said Cobb, who made 25 excellent sets in La Salle’s straight-set win over Adamson in UAAP women’s volleyball action on Saturday, February 23.

(Everyone is becoming a go-to guy, so it’s easy to distribute the ball. So I put my trust in them that they can score.)

In her debut last year as the starting setter of La Salle, Cobb heavily relied on select spikers like Kianna Dy, Majoy Baron and Cheng.

For 11-time UAAP champion coach Ramil de Jesus, he likes this trend of having a balanced scoring effort within the team.

(That’s good for the team because it means that it’s not only the team captain or the seniors leading the team. Even the rookies should lift themselves first in order to lead the team.)

But after giving Cobb a “passing grade” for filling in the shoes of Kim Fajardo last season, he’s confident that she’ll further improve in the next games.