Ateneo, FEU meet in semis rematch as UP aims to stay perfect 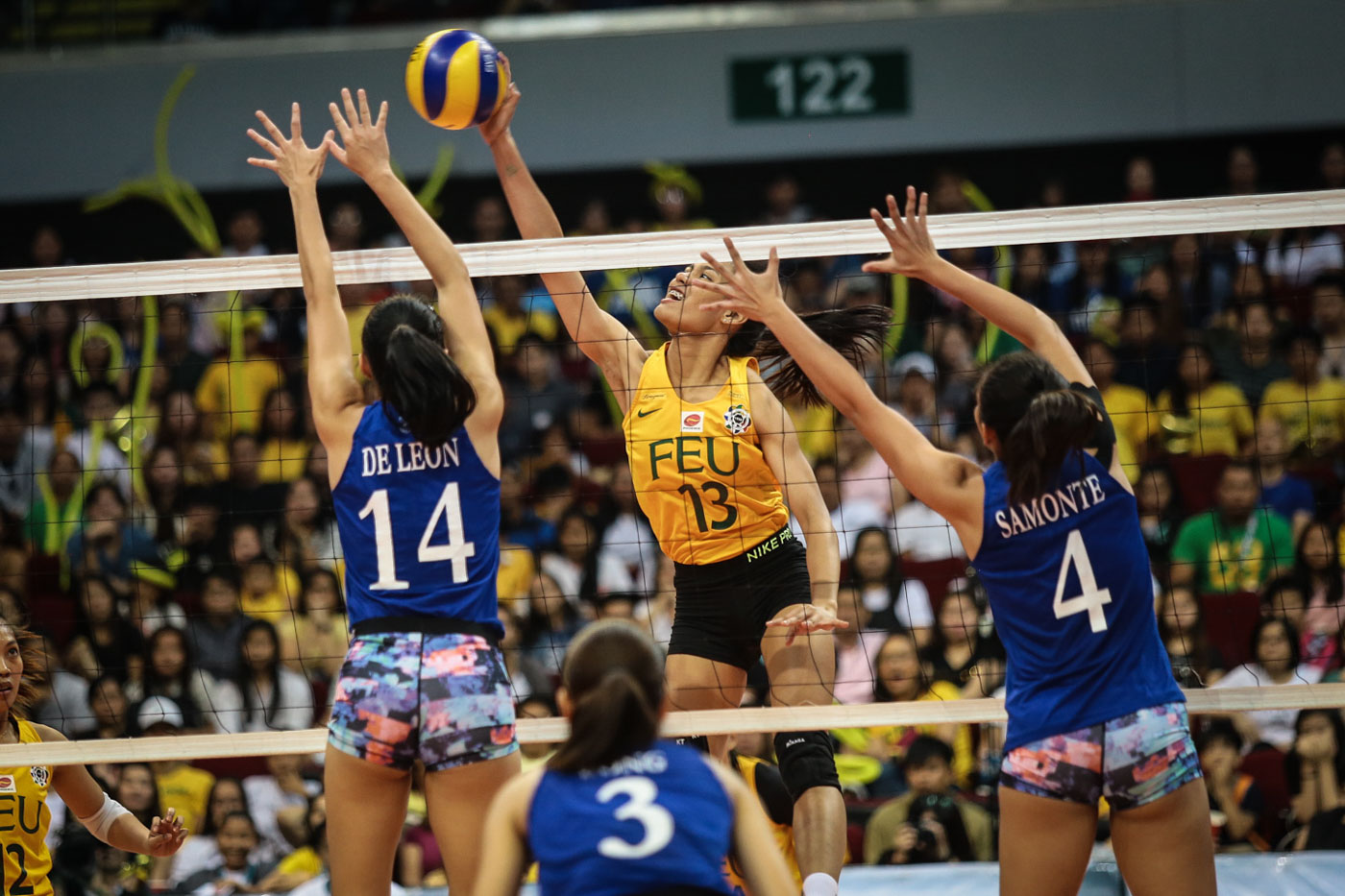 Both running in the middle of the pack at 1-1,  Ateneo hopes to bank on its momentum after the Lady Eagles bested University of Santo Tomas (UST) to score their first win.

Earlier, University of the Philippines (UP) tries to break away from a share of the top spot with defending champion La Salle.

The UP Lady Maroons, who are bidding to live up to the preseason hype, aim for a 3-0 start over the UST Tigresses in the 2 pm duel.

Leading setter Ayel Estranero – who makes 7.56 excellent sets per frame – has many attacking options aside from UP standout Isa Molde, thanks to Tots Carlos and Justine Dorog stepping up for the team.

But the Lady Maroons will go up against a team equally boasting offensive firepower as Sisi Rondina continues to pack a punch in her spikes along with Eya Laure and Milena Alessandrini.

Behind veteran middle blockers Maddie Madayag and Bea de Leon, the Lady Eagles go for back-to-back wins against an FEU side that just fell to preseason favorite UP.

Both Ateneo and FEU, though, have been struggling on floor defense, ranking at the bottom of the best receivers category.

Ateneo makes up for this in their frontline defense with Madayag and De Leon converting points off their kill blocks.

The Lady Tamaraws, on the other hand, look to get past the blockade through Kyle Negrito’s playmaking and rookie Lycha Ebon, who has been leading the scoring for FEU. – Rappler.com