Ateneo draws momentum from ‘don’t count us out’ mentality 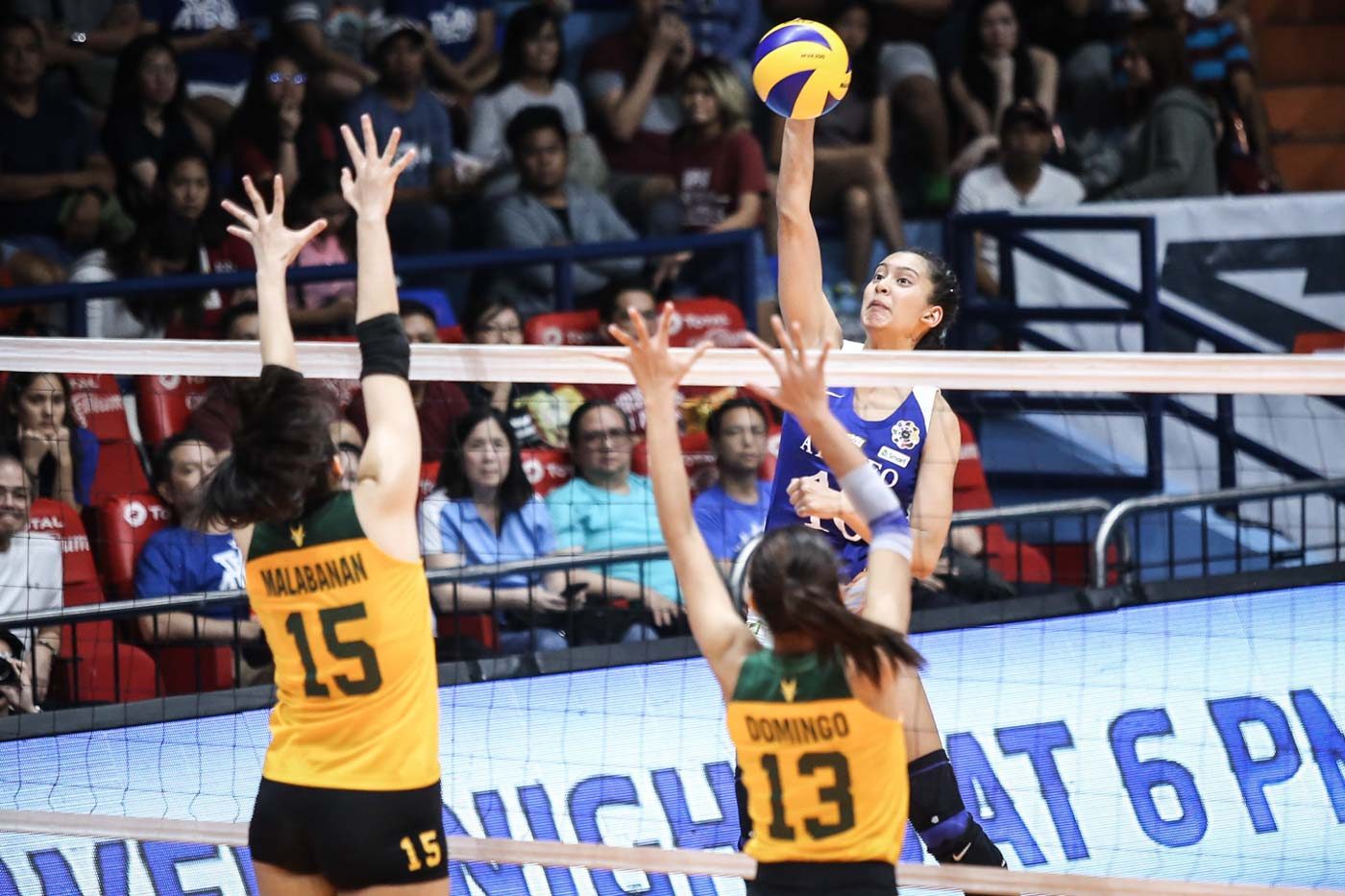 Facebook Twitter Copy URL
Copied
'People will really count them out, but I believe in them,' says Ateneo head coach Oliver Almadro

MANILA, Philippines – No floor defense? Poor outside hitters? Ateneo has been at the mercy of UAAP critics since their women’s volleyball opening-game loss to La Salle.

But for head coach Oliver Almadro and the Lady Eagles, the best response is to ignore the bashers and focus on their own capabilities – which was exactly what they did to rally from two sets down against last season’s finalist Far Eastern University.

“People will really count our receive and our defense [out], but I believe in them. That’s what’s important. We just believe in our skills, believe in our fundamentals, and believe in what we’re preparing for.”

Ateneo only found their rhythm in the 3rd set as the Lady Eagles stepped up their defense and setter Deanna Wong also managed to open up the other spikers, particuarly outside hitters Samonte and Gaston.

Gaston has rotated through several positions – including being a libero last season due to her ankle injury – and has started to settle into her open spiker role.

Although admitting she still needs to improve, Gaston ignores the comparisons among UAAP’s top outside hitters who have been delivering for their respective teams.

“Other teams, their strength are their outside hitters. For us, we need to be balanced. Everyone has to be strong –  the kind of team that he (Almadro) wants. That’s the kind of system he’s trying to make,” said Gaston.

Dani Ravena, too, got to see action the entire game despite her slow start.

As the Lady Eagles gain momentum, Ravena hopes all her hard work will translate to a better overall floor defense.

“I just told myself that this is what you’ve trained for months, so it shouldn’t be a surprise to you that you’re already there on the court and help your teammates because that’s our job as liberos – defense is our first priority,” said Ravena.

The Ateneo Lady Eagles will test their offense against a University of the East side that flaunts excellent floor defense behind Kath Arado on Sunday, March 3, 2 pm, at the Araneta Coliseum. – Rappler.com