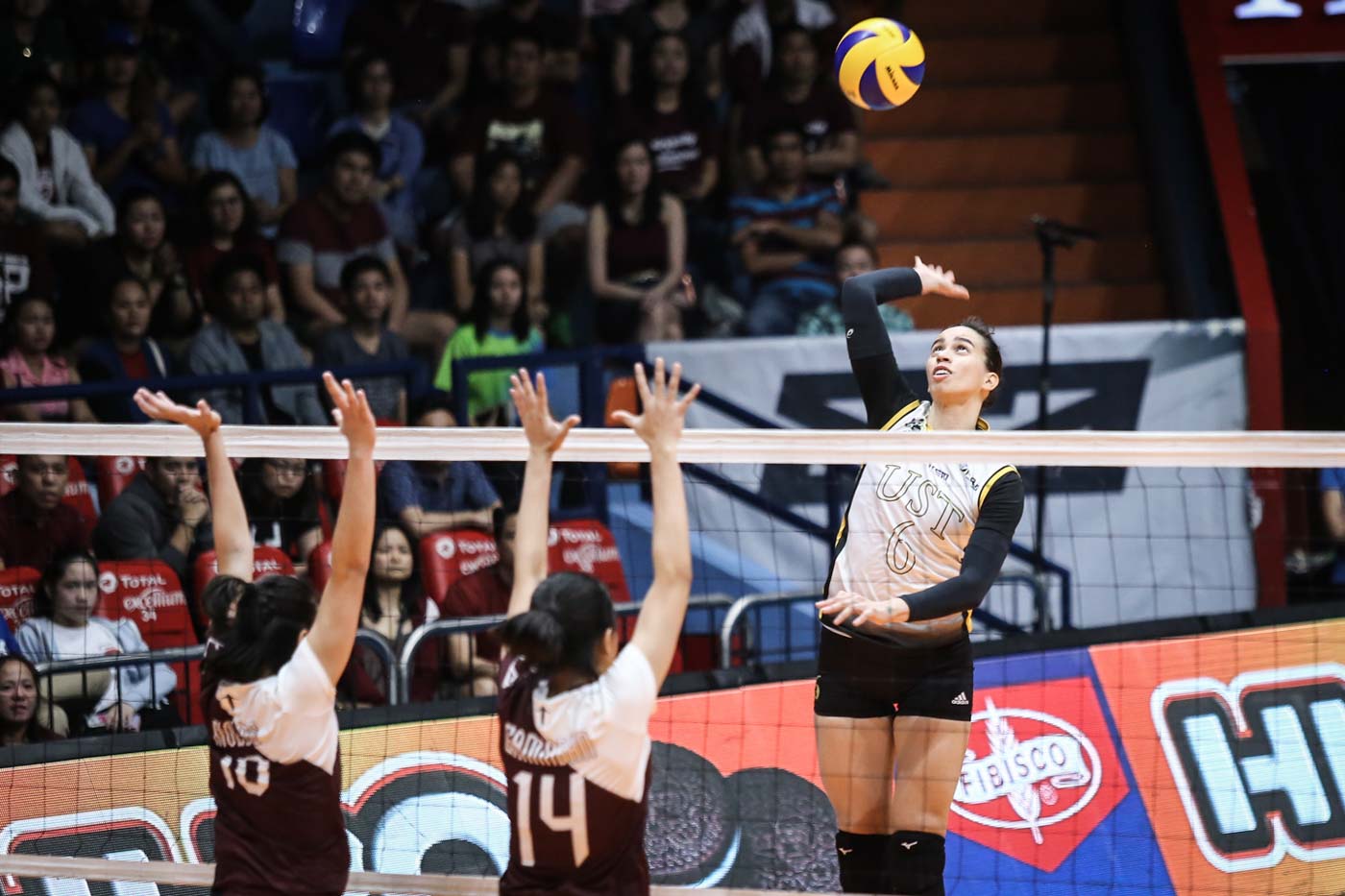 MANILA, Philippines – University of Santo Tomas’ Milena Alessandrini may have had a slow start living up to her stellar billing as last season’s top rookie, but her 22-point outburst may just be enough to spark her peak form.

The Filipino-Italian said she just needed a change in mentality to regain her aggressive form after 3 games in the UAAP women’s volleyball tournament.

“I tried to think [of] positive things, and I try to have a good approach for the game,” said Alessandrini.

After scoring a total of 20 points in her first two games this season, Alessandrini fired 22 to propel the Golden Tigresses to a four-set triumph over the University of the Philippines (UP) Lady Maroons on Sunday, February 24.

She also added 3 excellent blocks to help the Tigresses complete the comeback from a set down – a victory that not only spoiled UP’s bid to keep an unblemished record, but also sent a reminder that UST head coach Kung Fu Reyes has another ace in his team.

Alessandrini said teammates like Sisi Rondina and Eya Laure continued to support her and tried to boost her morale by playing with a bit of swagger.