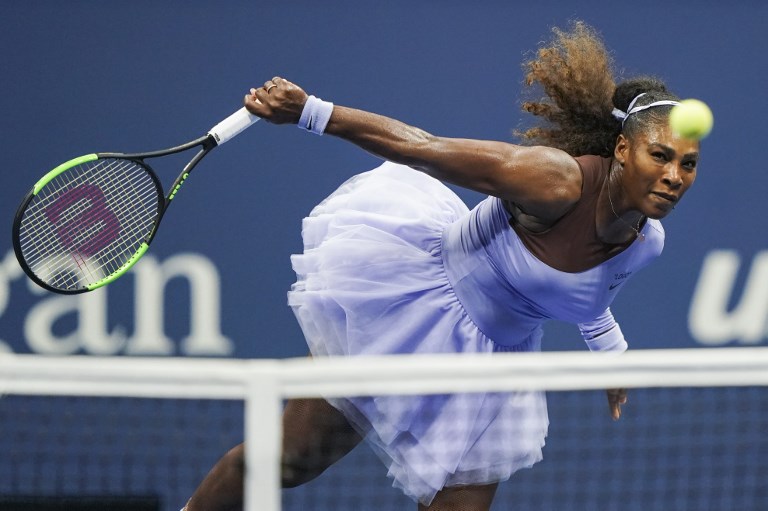 SYDNEY, Australia – A controversial Australian newspaper cartoon of Serena Williams which was blasted as racist and sexist did not breach media standards, the country’s press watchdog ruled Monday.

It c, including from Harry Potter author JK Rowling and the Washington Post, which likened it to the era of racial segregation in the United States.

The Herald-Sun defiantly republished the cartoon on its front page in the wake of the criticism under the headline “WELCOME TO PC WORLD”.

The Australian Press Council received complaints that Williams’ depiction “may cause it to be an offensive and sexist representation of a woman and a prejudicial racial stereotype of African-American people generally.”

It said there was concern about her being shown with “large lips, a broad flat nose, a wild afro-styled ponytail hairstyle different to that worn by Ms Williams during the match and positioned in an ape-like pose”.

But it accepted that the newspaper’s intent was simply to depict her behavior as “childish by showing her spitting a pacifier out while she jumps up and down”.

“The Council considers that the cartoon uses exaggeration and absurdity to make its point,” it said.

“It accepts the publisher’s claim that it does not depict Ms. Williams as an ape, rather showing her as ‘spitting the dummy,’ a non-racist caricature familiar to most Australian readers.”

The Council did acknowledge that some readers found it offensive, but added that there was “sufficient public interest in commenting on behavior and sportsmanship during a significant dispute between a tennis player with a globally high profile and an umpire at the US Open final.”

“As such, the Council does not consider that the publication failed to take reasonable steps to avoid causing substantial offense, distress or prejudice, without sufficient justification in the public interest.”

The furore followed 23-time Grand Slam champion Williams smashing her racket and calling the umpire a “thief” and a “liar” during her Flushing Meadows meltdown.

At the time, Knight – who has a reputation for controversial cartoons – said the uproar was a sign that the “world has just gone crazy.”

“The cartoon about Serena is about her poor behavior on the day, not about race,” he said.

Australia is a highly multicultural country, but also sees occasional public dust-ups about the use of racially and sexually loaded language. – Rappler.com