Feb 25, 2019 10:49 PM PHT
Rappler.com
Facebook Twitter Copy URL
Copied
The naturalized player sets the tone for Gilas Pilipinas in its win over Kazakhstan by knocking down 5 triples in the maiden period 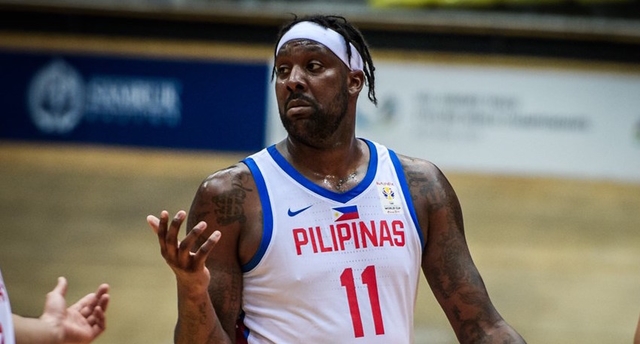 MANILA, Philippines – Andray Blatche carried Gilas Pilipinas back to the FIBA World Cup with a masterful performance in a 93-75 win over Kazakhstan in the final game of the Asian Qualifiers on Sunday, February 24.

The naturalized player had 41 points, 13 rebounds, 4 steals, 3 assists, and 2 blocks as the Philippines clinched the last berth with the help of Korea. READ: (Thanks, Kuya Cardo: Korea’s Ratliffe hailed as Gilas reaches FIBA World Cup)

He was on fire all game long against Kazakhstan, drilling all of his 5 triples in the maiden period to help the Philippines set the tone before the team pulled away for good in the second half.

The last of Blatche’s three-pointers came in transition as he stole the ball, stopped on the dime to shrug off two defenders before knocking down the shot that gave the Philippines a 19-11 lead. – Rappler.com