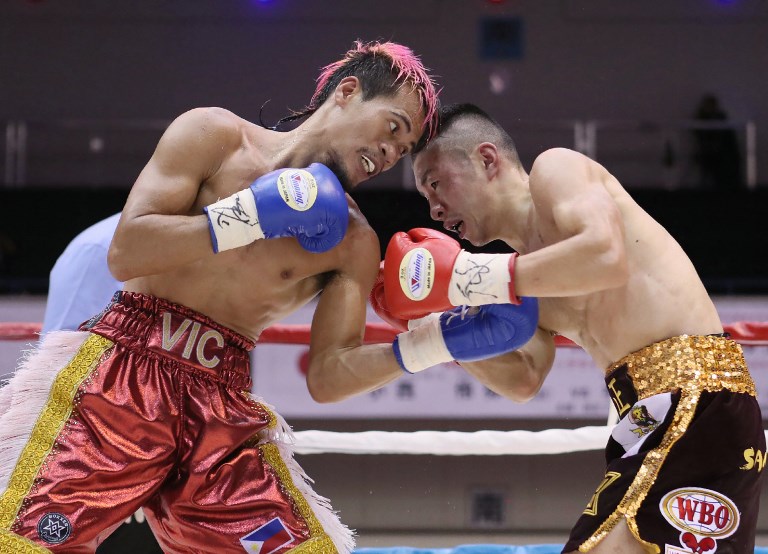 Both Saludar and Taniguchi made the 105-pound limit during the official weigh-in on Monday, February 25, paving the way for the title duel at Korakuen Hall in Tokyo.

The 28-year-old Saludar came in at 104.7 lbs while Taniguchi, 25, checked in at 104.06, proving they have both trained hard for boxing’s lightest weight division.

A tight fight is expected, with Saludar enjoying the edge in experience and Taniguchi boasting a 1 ½ height advantage.

Saludar totes an 18-3 record with 10 knockouts, while Taniguchi, a southpaw, carries an 11-2 slate with 7 knockouts.

A 6-time national amateur champion, Saludar hopes to find his range early and dictate the tempo of the bout.

Taniguchi is determined to bring back the crown – which Yamanaka yielded to Saludar by unanimous decision – to Japan.

It will be Saludar’s third fight in Japan, having dropped his initial title bid to Kosei Tanaka on New Year’s Eve in 2015 in Nagoya.

Saludar’s siblings are also boxers, with Rey being a gold medalist in the 2010 Guangzhou (China) Asian Games and Froilan, being a former world title contender. – Rappler.com