Towns says he’s lucky to be alive after car crash 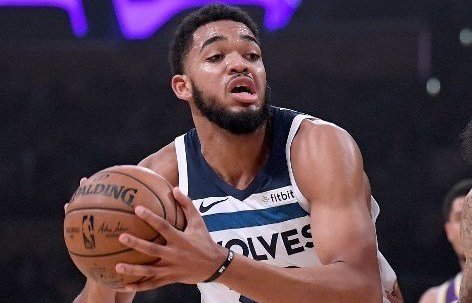 LOS ANGELES, USA – Minnesota Timberwolves center Karl-Anthony Towns said Monday, February 25, he was lucky to have escaped with his life after the car crash last week which forced him out of two games.

The 23-year-old suffered a suspected concussion following the incident on February 21, and told reporters ahead of his return from injury against Sacramento later on Monday that his car was struck from behind by a truck which had failed to brake in time after his car had come to a stop.

“The accident could have went – I’d say I had a 5% chance of making it out alive,” Towns told reporters.

Towns said he had no time to react in the seconds before the accident.

“It happened too quick. I ain’t know what the hell hit me,” he said.

“I’m just glad everyone’s safe and alive. In all honesty, we probably shouldn’t made it out like we did … It was pretty gnarly.”

The Timberwolves split the two games Towns was forced to miss following the accident, defeating the New York Knicks on Friday, February 22, before being downed by the Milwaukee Bucks on Saturday.

The Timberwolves are currently in 11th spot in the Western Conference, with 28 wins against 31 defeats. – Rappler.com