Feb 26, 2019 2:54 PM PHT
Paul Mata
Facebook Twitter Copy URL
Copied
'This is the happiest he has looked. He looked the most comfortable tonight,' says coach Steve Kerr on DeMarcus Cousins 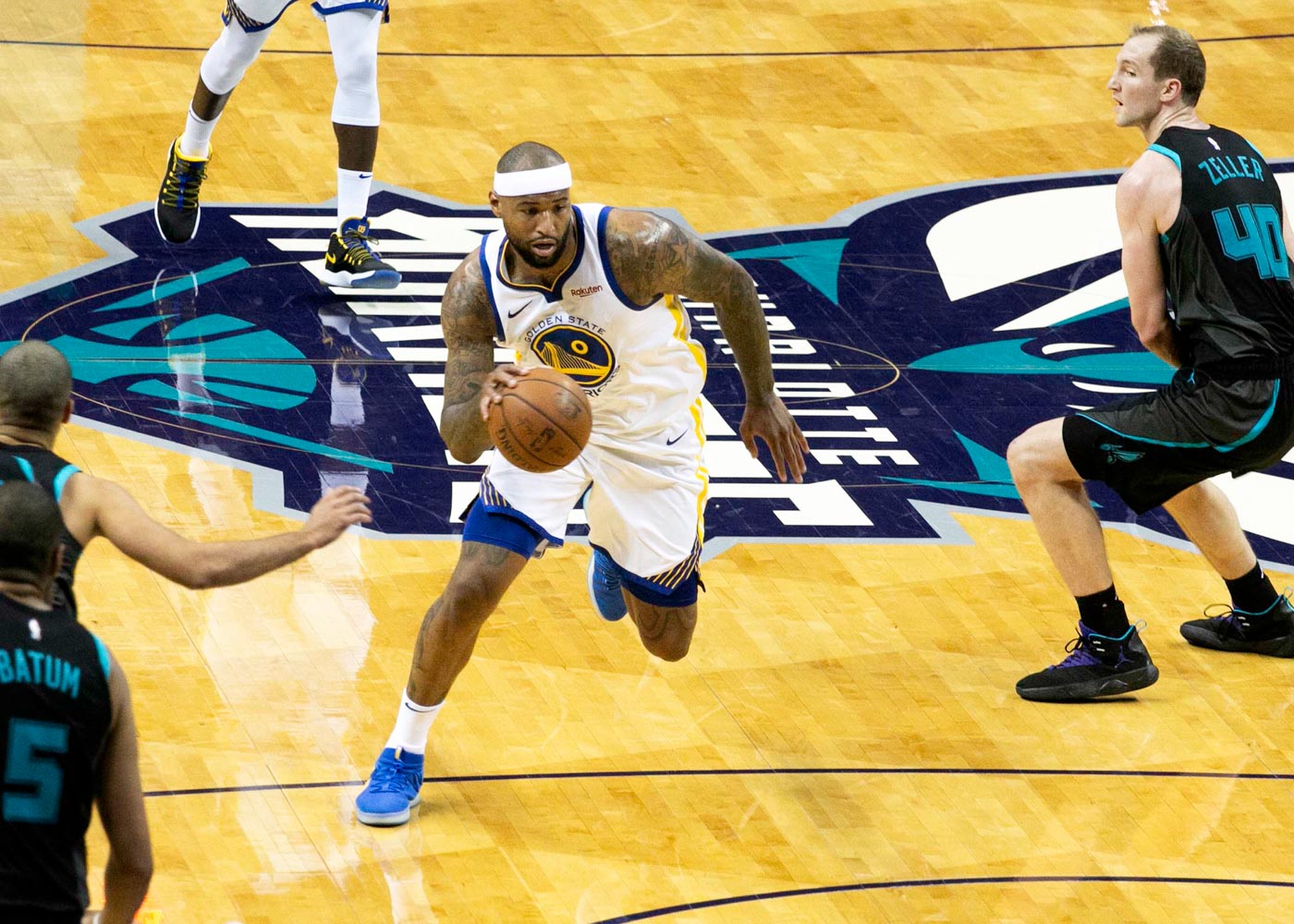 CHARLOTTE, USA – DeMarcus Cousins played his best basketball so far as a Golden State Warrior as he and the rest of the team put away a resilient Charlotte Hornets, 121-100.

The offensive rhythm was smooth for the visiting team as they hit shots from the outside and found Cousins in the paint in the first 3 quarters of play. The Warriors also got some balanced scoring as all 5 starters were in double digits.

Halfway through the 4th quarter, it looked as if the Warriors were going to blow the game out as they led by as many as 17 points. But they had to withstand a furious comeback as the home team went on a 10-0 run to close the gap, 115-108.

Kerr had to utilize his “Lineup of Death” in the final stretch, hoping to avoid the collapse that happened in their previous game against the Houston Rockets last Saturday, February 23. Costly turnovers by the Hornets in the last two minutes led to their collapse.

“I think when you are on the road you tend to be a bit more on the edge,” Kerr said in the post-game interview regarding the team’s focus.

“I think we have been doing a great job the last 6 weeks or so. I think tonight, we were a little embarrassed by our last game. For the most part, the focus was pretty good.”

Guard Steph Curry shared his thoughts about playing on the road. “I mean, we’re obviously a veteran team and understand how to let our game travel defensively and offensively. Tonight was kind of ugly at times, but I think we played harder than we did against Houston and understood how to withstand their runs. It was a collective effort.”

Curry had a slow night, finishing with 16 points and 6 assists. Klay Thompson led the Warriors in scoring with 26 points, Kevin Durant contributed 20 points, and Draymond Green, who returned from an ankle sprain, chipped in 14 points.

Hornets center Cody Zeller led the way for the Hornets with a career-high of 28 points, 9 rebounds, and 3 blocks. All-Star guard Kemba Walker finished with 23 points and 6 assists, but only shot 9 of 24 from the field. – Rappler.com