Feb 26, 2019 4:53 PM PHT
Agence France-Presse
Facebook Twitter Copy URL
Copied
LeBron James becomes the first player in the NBA to rank in the top 10 in both the NBA's all-time assists and scoring lists. 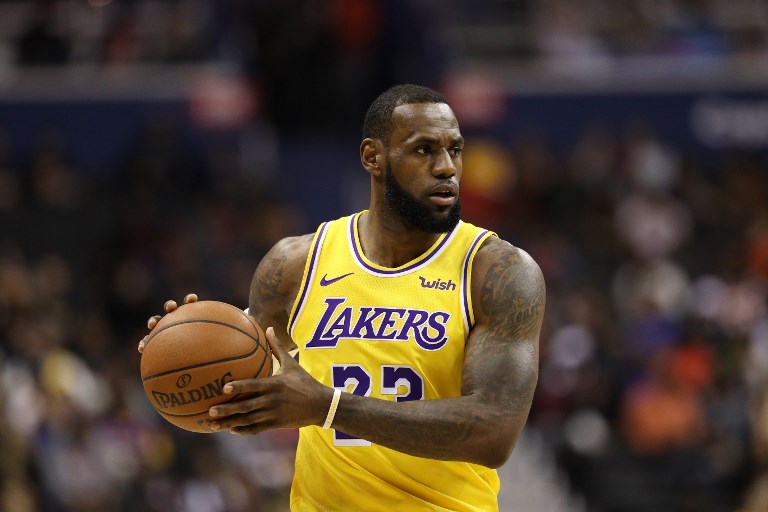 LOS ANGELES, USA – LeBron James had another historic night despite the Los Angeles Lakers’ loss to the Memphis Grizzlies on Monday, February 25.

James recorded a triple-double of 24 points, 12 rebounds and 11 assists to become the first player in the NBA to rank in the top 10 in both the NBA’s all-time assists and scoring lists.

Already ranked No. 5 in all-time points coming into Monday’s game against the Grizzlies, the superstar entered into a class of his own by recording his 8,525th career assist to surpass Andrew Miller and move into No. 10 in all-time assists.

James’ milestone assist came in the first quarter when he fed Kyle Kuzma for a layup to give the Lakers a 15-14 lead.

Brandon Ingram led the Lakers with 32 points, and Kuzma finished with 22 as Los Angeles dropped its fourth in the last 5 games. – Rappler.com