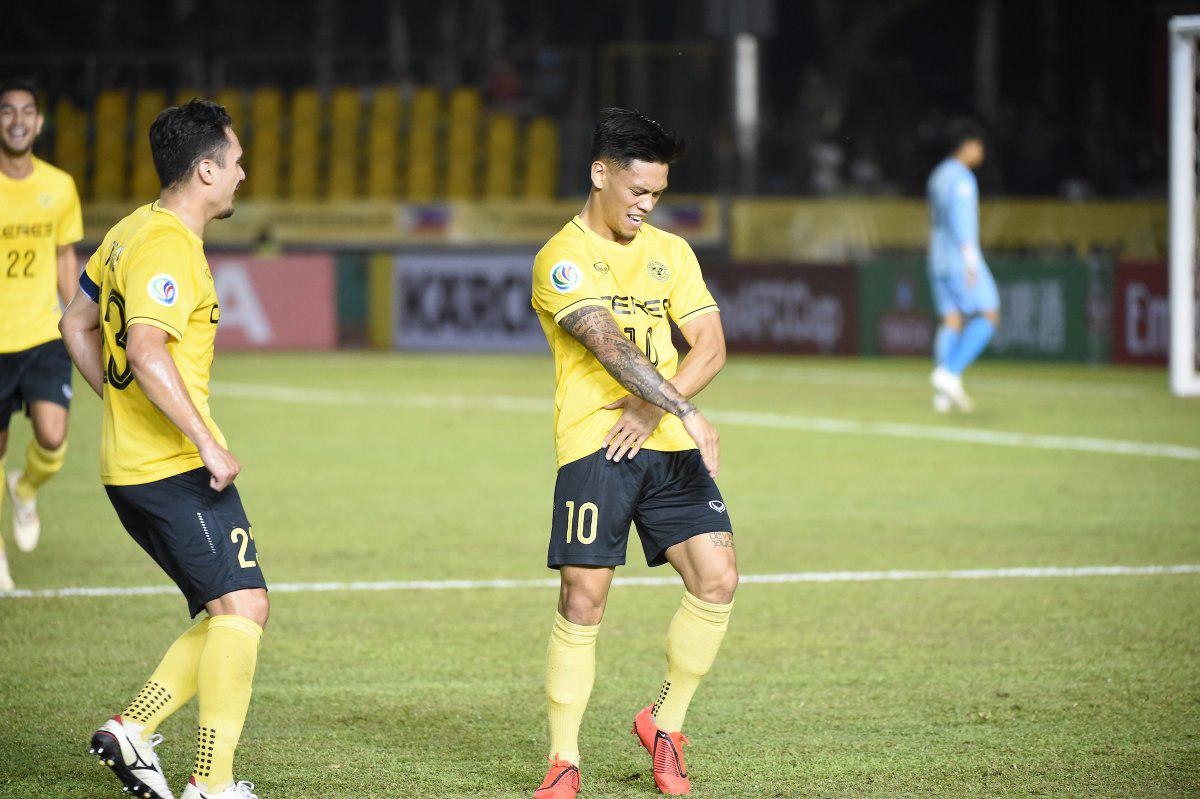 MANILA, Philippines – Ceres-Negros FC kicked off their AFC Cup 2019 campaign on a winning note as they dispatched Shan United FC, 3-2, on Tuesday, February 26, at the Panaad Stadium in Bacolod City.

This triumph catapults Ceres to first place in Group G, after Becamex Binh Duong and Persija Jakarta settled for a goalless draw earlier.

OJ Porteria broke the deadlock at the 19th minute with a close range strike inside the box to give an early advantage to Ceres.

Bienvenido Maranon then followed it up with a cool penalty at the 37th minute after he was brought down inside the box by Shan goalkeeper Phone Thitsar Min two minutes earlier.

Shan was able to pull one back courtesy of Zin Min Tun at the 50th minute mark to keep their chances alive at the start of the second half.

Porteria’s second goal at the 87th minute put the Philippine-based squad ahead (3-1), but it was quickly answered by Tun in the next minute.

Ceres began the first half with lots of energy as they dominated the possession and had a couple of chances inside the first 10 minutes of the match.

Two minutes before Porteria’s goal, Shan United had a golden opportunity to draw first blood as Maycon Rogerio Calijuri broke free from the Ceres defense, but was eventually flagged offside by the linesman.

Just before the first half ended, Ingreso found the back of the net, but it was disallowed by the referee as he was in an offside position.

After a lethargic first 45 minutes, the Myanmar-based squad bounced back brilliantly as they pressured well off the ball and hit the Ceres defense with swift counter-attacks.

Ceres-Negros FC will play their second match of the AFC Cup 2019 against Becamex Binh Duong on Tuesday, March 12, at the Binh Duong Stadium, in Thu Dau Mot, Vietnam. – with reports from Juro Morilla/Rappler.com