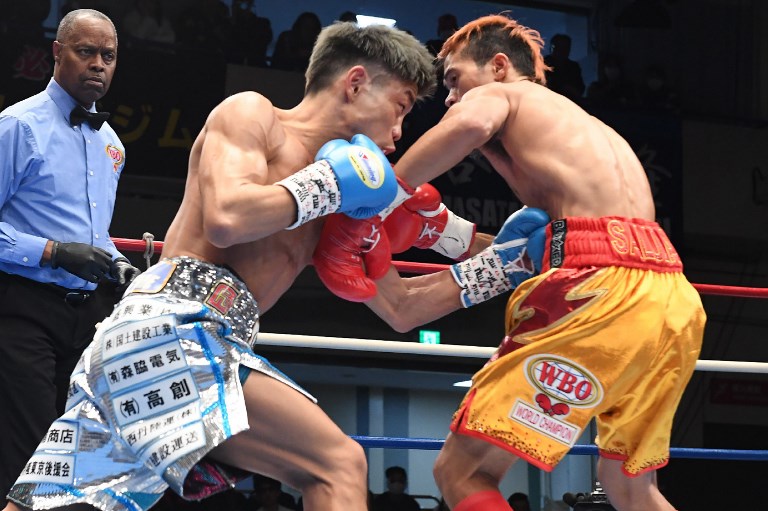 Banking on accurate jabs and overall ring generalship, Saludar earned the nod of the 3 judges for his first successful title defense of the 105-pound crown.

The 28-year-old Saludar raised his record to 19-3 with 10 knockouts, while Taniguchi dropped to 11-3 with 7 knockouts.

It was Taniguchi’s first loss to a Filipino after beating 6 of Saludar’s compatriots.

Though shorter by 3 centimeters, Saludar turned out to be more accurate and faster with his fists and proved that his triumph over another Japanese, Ryuya Yamanaka, in Kobe last year was no fluke.

Saludar’s siblings are also boxers – Rey is a gold medalist in the 2010 Guangzhou (China) Asian Games, while Froilan is a former world title contender. – Rappler.com