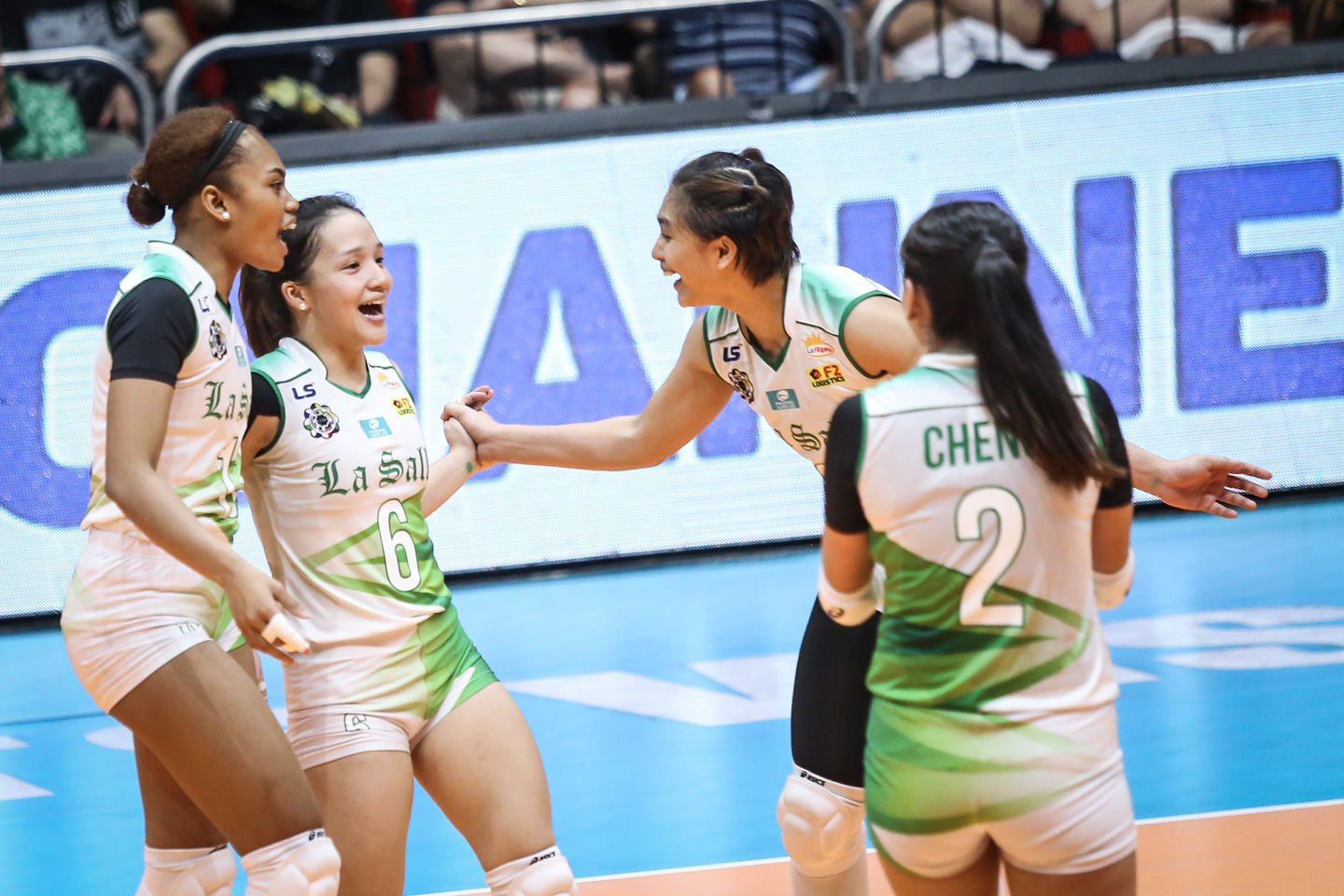 MANILA, Philippines – The La Salle Lady Spikers aim to show their champion skills on the young but talented National University (NU) Lady Bulldogs, while the Adamson Lady Falcons and University of the East (UE) Lady Warriors go head-to-head in search of their first win.

La Salle remains to be the only unbeaten team in the UAAP women’s volleyball tournament, but the Lady Spikers aren’t taking rookie-laden squads like NU lightly.

(The communication is there inside the court, and I expect that they’ll play differently with more solid plays.)

La Salle, on top with a 2-0 record, has an advantage in playmaking with Michelle Cobb making 7.71 excellent sets per frame in the tournament.

The Lady Bulldogs are also missing the services of three-time UAAP juniors best setter Joyme Cagande, who will most probably be out for the season due to an ACL tear.

However, the Lady Bulldogs are leading in frontline defense and may just have a shot at denying La Salle’s numerous attacking options as NU makes 2.29 blocks per set.

Rookie Ivy Lacsina is also the tournament’s leading best spiker with a 41.79% success rate while La Salle’s Jolina dela Cruz follows behind at 36%.

After nearly making it to the Final Four last season, Adamson didn’t have a good start to live up to the billing as they dropped their first two games.

On the other hand, the Lady Warriors had an off day in defense as they were stunned by a shorthanded NU squad in straight sets.

As both teams are known for their excellent floor defense, it will be exciting to see whose spikers will prevail with a good first ball.

Both teams vie to avoid dropping to a 0-3 hole in the 4 pm match. – Rappler.com