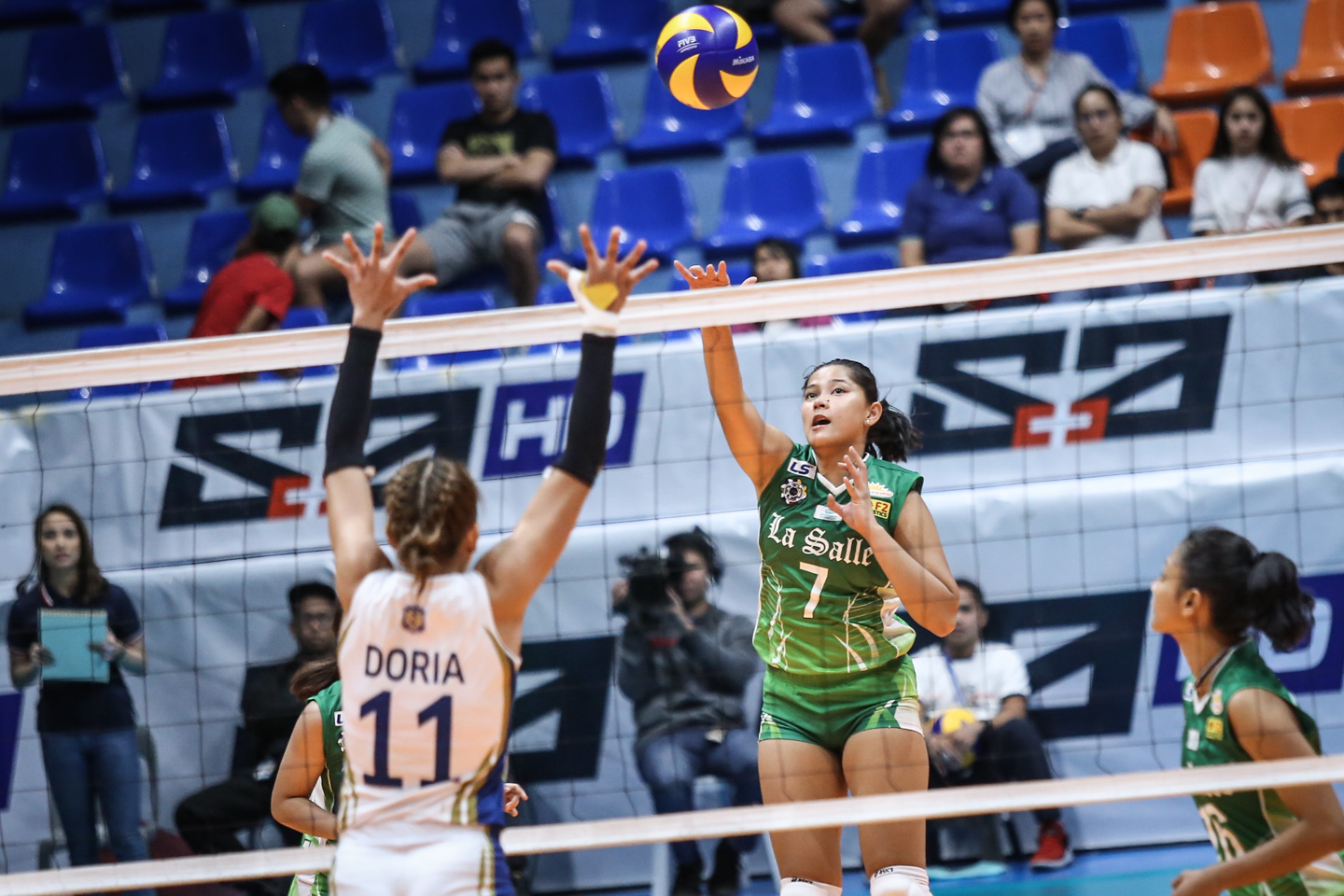 May Luna led the Lady Spikers with 14 points while Aduke Ogunsanya notched a career-high 13 points off 8 attacks, 3 blocks and 2 aces.

La Salle head coach Ramil de Jesus admitted that he was frustrated with the errors committed by his team, which was eventually taken advantage of by the talented NU team.

(I told them to respect NU because I saw that their movement was so solid against UE. Their sets were very basic, but they are more familiar with each other especially when it comes to floor defense. They know each other’s strengths.)

Merciless in the opening set, the Lady Spikers whipped the rookie-laden squad Lady Bulldogs as they unleashed a 9-0 run for a 25-10 start.

But NU surprisingly packed a punch in the following frame, building from a strong 6-2 start. Even if the Lady Bulldogs tallied 11 errors, they scored 15 attacks to even the match.

Although La Salle had an early lead in the 3rd, 8-2, the defending champion’s frontline defese failed to deny NU attackers Princess Robles and Ivy Lacsina, who tied the set at 16-all.

The Lady Bulldogs had the chance to take the frame, but their errors gifted La Salle the extended-set win for a 2-1 match advantage.

By the 4th set, NU continued to threaten but La Salle managed to keep hold of the lead. May Luna and Desiree Cheng lifted the Lady Spikers down the stretch to seal the hard-fought win

Robles had 18 points while Lacsina fired 16 points for the Lady Bulldogs, who fell to 1-2. – Rappler.com