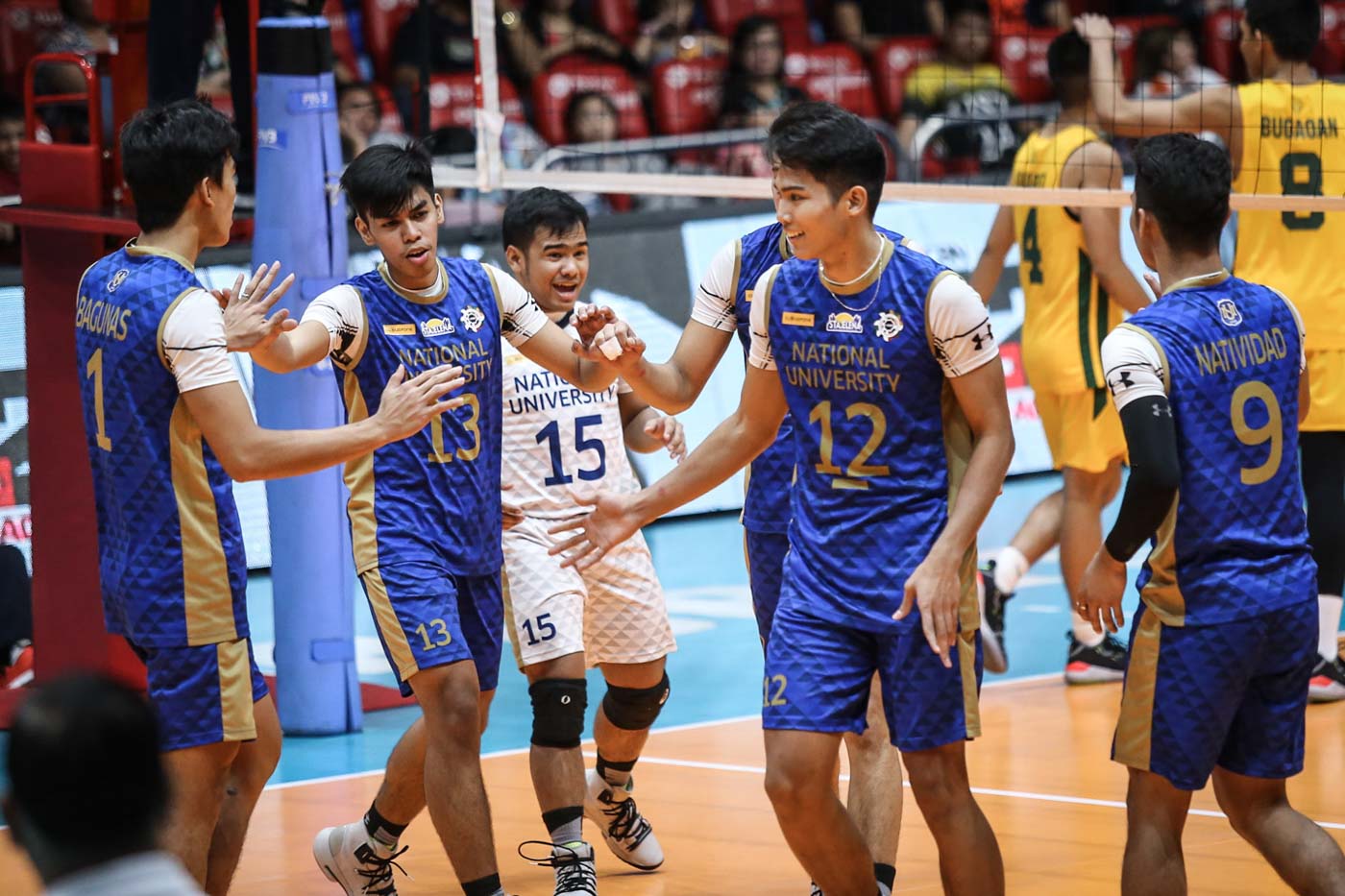 MANILA, Philippines – The NU Bulldogs made it two consecutive wins in the UAAP Season 81 men’s volleyball tournament after defeating the DLSU Green Spikers on Wednesday, February 27, at the Filoil Flying V Centre.

Bryan Bagunas scored a game-high 27 points, including 3 aces, and Ave Joshua Retamar also had a brilliant game as he served up 31 excellent sets for the Bulldogs, who improved to a 2-1 slate.

Geraint Bacon (16) and La Salle team captain Chris Dumago (12) combined for 28 points, but it was not enough to prevent a brutal third straight loss in 10 days.

Lloyd Josafat topscored for UE with 9 spikes and 4 blocks for 13 points. – Juro Morilla/Rappler.com