Jokic drops near triple-double as Nuggets hold off Thunder 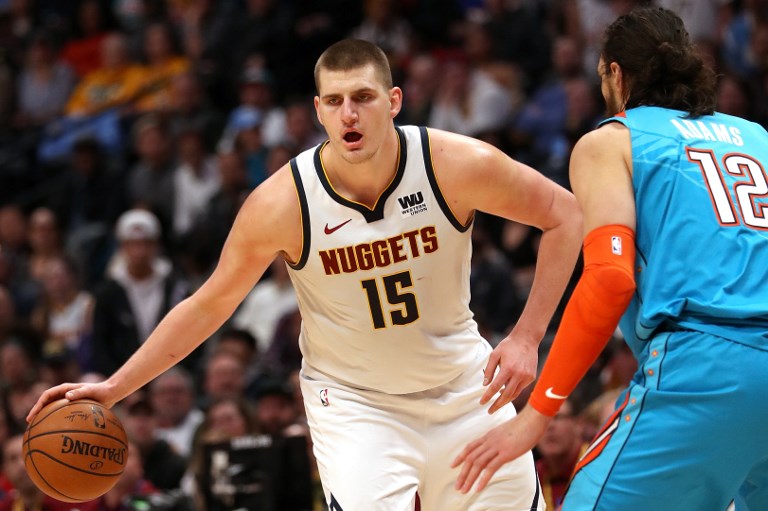 Towering Serbian international Jokic also weighed in with 10 assists and pulled down 9 rebounds to crown a superb all-round display at the Pepsi Center.

The win saw the Nuggets close the gap on Western Conference leaders Golden State. Denver are now second with 42 wins and 18 losses, half a game back from the Warriors.

The Thunder, meanwhile, remain in 3d place overall in the West with 38 wins and 22 losses after their fourth-quarter rally came up just short.

Jokic recorded his 20th game this season with at least 10 assists. He is the second player listed at 7'0" or taller to record 10 or more assists in at least 20 games in a season, joining Wilt Chamberlain (twice). #SAPStatLineOfTheNight pic.twitter.com/K9vcpkf9Z2

The visitors had looked to be heading for a blowout loss after 3 quarters, with Denver surging into a 91-78 lead heading into the 4th.

But a 26-6 run midway through the 4th quarter reignited their challenge, with a Russell Westbrook three-pointer handing them a 100-97 lead with just over 6 minutes remaining.

Denver however came roaring back with a big finish of their own, stitching together a 24-12 run to close out the game and claim their fifth straight victory over OKC.

Will Barton (23 points) and Jamal Murray (20) were the other main Denver scorers.