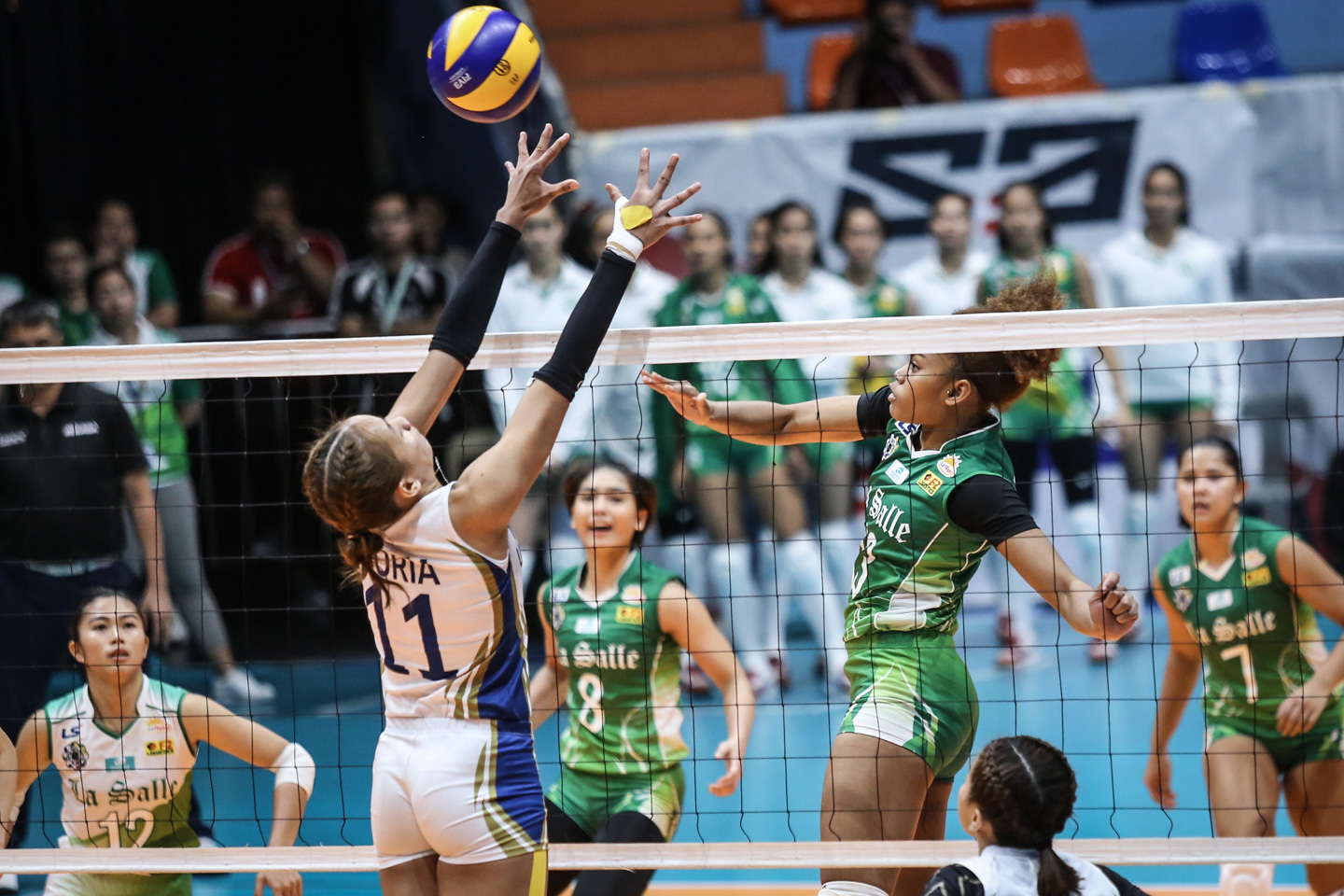 (I use the pressure to deliver as motivation because I should not be contented in playing at this level or lower since the level that Baron left was very high.)

In the four-set win over a gung-ho National University, Ogunsanya finished the game with 13 points off 8 spikes, 3 blocks and two aces in UAAP women’s volleyball action on Wednesday, February 27.

Since the departure of star trio Baron, Kianna Dy, and Dawn Macandili, the Lady Spikers had known they’re in dire need of veteran leadership to steer them to a fourth straight title.

But with Ogunsanya proving her worth, La Salle head coach Ramil De Jesus tapped the Fil-Nigerian middle blocker to take on the role.

(I know Aduke’s strength, but I always tell her to be a leader inside the court because she’s a senior now.)

Ogunsanya – a former Team B player – has also taken that mantle with her as she emphasized that everything that the Lady Spikers do should start with the veteran players so that their younger teammates can follow their lead.

(We have to double our effort because if they can’t see that I’m putting in the effort, then nobody will bother to show an effort) – Juro Morilla/ Rappler.com