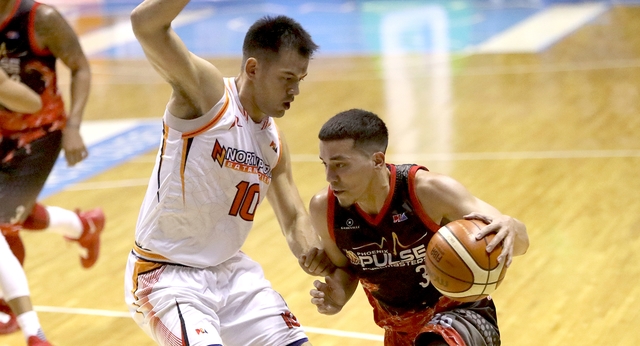 MANILA, Philippines – Phoenix is playoff-bound for the second straight conference after edging NorthPort, 98-96, in the 2019 PBA Philippine Cup at the Araneta Coliseum on Wednesday, February 27.

It was a wild finish that had some questionable fouls called late but the Fuel Masters got the job done down the stretch as they bounced back from their first loss to improve to 6-1 and remain at 2nd place.

With the game tied at 96-all, the Batang Pier were denied of the lead as Sean Anthony was whistled for an offensive foul on Justin Chua despite drilling a three-pointer with 47 seconds remaining.

Matthew Wright was also called for an offensive foul right in the next possession but NorthPort failed to take advantage with Ryan Araña missing a triple from the right corner.

Both Anthony and Wright fouled out following the respective calls.

The score was eventually settled in the last 10 seconds after Jason Perkins knocked in two clutch free throws for the Fuel Masters and Robert Bolick missing a last-second trey for the Batang Pier.

Wright delivered 22 points, 5 assists and 3 rebounds, Chua finished with 19 points and 9 rebounds while Calvin Abueva chalked up 14 points and 7 rebounds in the win.

Perkins added 12 points and 7 rebounds and RJ Jazul chipped in 10 points and 4 rebounds for Phoenix.

Mo Tautuaa submitted all-around numbers of 22 points, 8 rebounds and 7 assists to compensate for Stanley Pringle’s absence due to a one-game suspension but that did not prevent Batang Pier from losing their third straight game for a 2-3 card.

Anthony put up 20 points, 9 rebounds and 4 assists while Nico Elorde and Bolick chimed in 15 and 10 points, respectively, in the losing cause. – Rappler.com