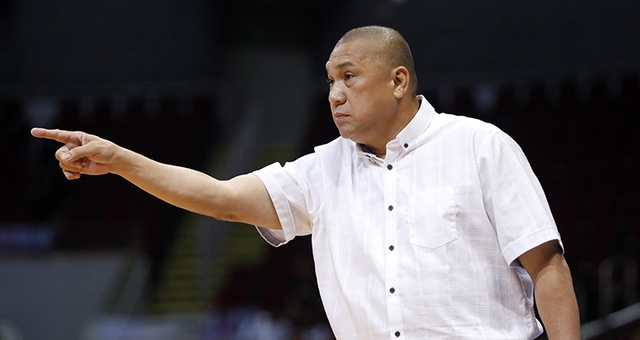 MANILA, Philippines – Pido Jarencio sounded off on the PBA’s officiating after a controversial call practically cost NorthPort a victory in a 96-98 loss to Phoenix in the 2019 Philippine Cup on Wednesday, February 27.

The Batang Pier were denied of the lead with the score knotted at 96-all as Sean Anthony’s three-pointer was called off after he was whistled for an offensive foul on Justin Chua with 47 seconds left.

Referees reviewed the play but stuck with their decision.

In the process, Anthony fouled out and was forced to watch Jayson Perkins drain the game-winning free throws for the Fuel Masters.

“Referees don’t decide the game. Okay? You don’t call an offensive foul like that,” a frustrated Jarencio told reporters.

“Last one minute then you call offensive foul? And in the video, it’s so clear that there was not,” he added in a mix of Filipino and English.

It would have been a big win for NorthPort as it missed the services of star guard Stanley Pringle, but instead, it crashed to its third straight loss to fall to 2-3.

“Let the players win the game and lose the game. That’s it,” Jarencio said. – Rappler.com