Feb 28, 2019 4:01 PM PHT
Delfin Dioquino
Facebook Twitter Copy URL
Copied
A referee waives off a Sean Anthony triple late in the Batang Pier's 96-98 loss to the Fuel Masters after being called for an offensive foul 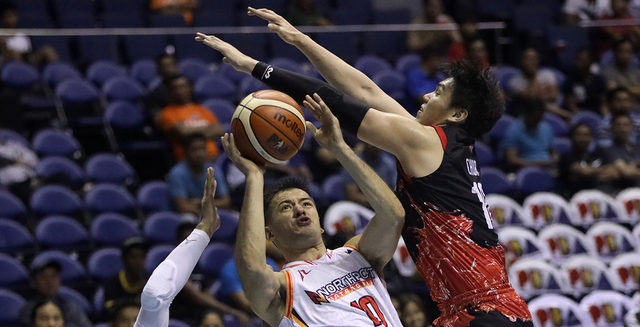 MANILA, Philippines – The PBA admitted a wrong call was made late in the 2019 Philippine Cup clash between Phoenix and NorthPort that saw the Fuel Masters eke out a 98-96 win over the Batang Pier on Wednesday, February 27.

A referee waived off a Sean Anthony three-pointer with 47 seconds left that would have given NorthPort a 99-96 lead as he was whistled for an offensive foul on Phoenix’s Justin Chua.

Anthony fouled out in the process for the Batang Pier and the Fuel Masters clinched the win off two game-winning free throws from Jason Perkins.

Upon video review of the game, the PBA’s technical group came to the conclusion that the offensive foul was a “wrong call.”

“It was an unfortunate mistake by the referee in calling the offensive foul and we regret the wrong call made,” the league said in a statement.

The call earned the ire of NorthPort head coach Pido Jarencio, who said that “referees don’t decide the game.”

“Rest assured that the PBA technical group holds impartiality, transparency, fairness and integrity as prime values in officiating and with only what is best for the league and its fans in mind,” the statement concluded. – Rappler.com