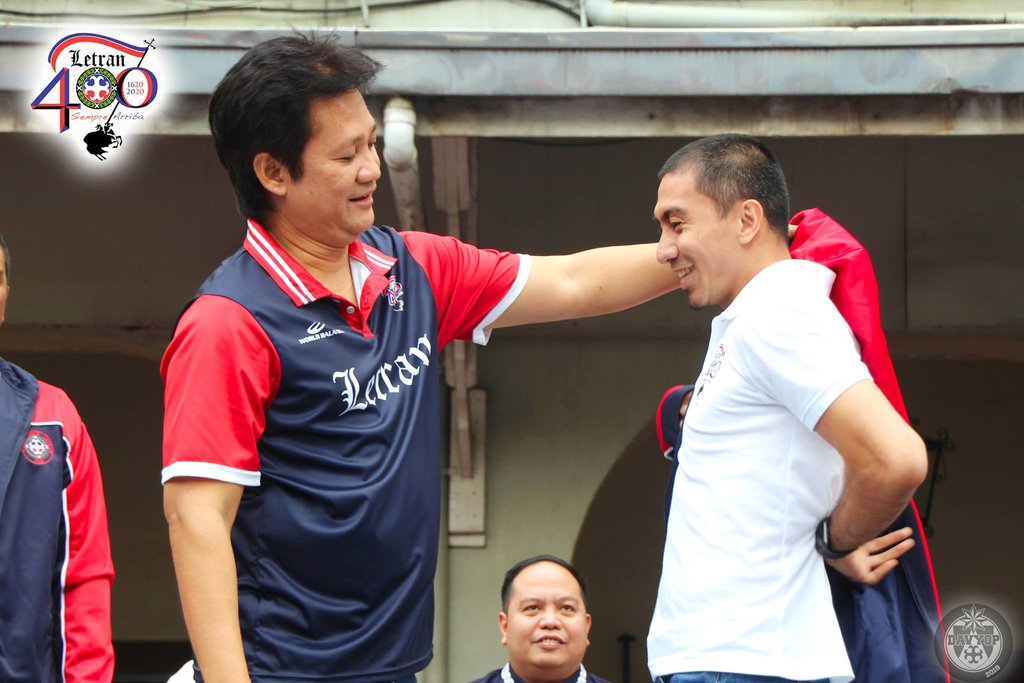 MANILA, Philippines – LA Tenorio is indeed a man of many talents.

Apart from being a veteran star with Barangay Ginebra, the steely floor general has also lent his pipes as a commentator for the NCAA last season.

As it turns out, that would not be his only sideline job in the country’s oldest basketball league.

Prior to Petron-Letran’s debut game in the PBA D-League this Thursday, February 28, the man known as “El Tinyente” was officially designated as assistant coach to new head tactician Bonnie Tan.

Although his first go-around with the clipboards ended with a crushing 94-96 loss against the veteran-laden Che’lu Revellers, Tenorio loved every moment of it.

“I’m excited. It’s fun and very exciting to teach college players. They’re really listening,” he said after the game. “As of now in their careers, this is the time where they have to be fundamentally sound and be ready for the big league which is the PBA. That’s why I’m here, hopefully for them to improve and for me to help them out.”

Already a vocal leader on the court, the 34-year-old said that his new gig wasn’t that much different off it.

(It’s not weird. It’s okay. I have been teaching kids anyway for 4 years. It’s just a different feeling because I’m now teaching adults.)

And for those who may be worried, no, Tenorio is not ready to hang up his sneakers just yet.

“Maraming nagtatanong kung magre-retire na, ‘di naman. Nadagdagan lang ng trabaho,” he clarified. “Actually, I’m learning also, not only because of coaching, but because of the kids.”

(Many are asking if I’m retiring, but not really. I just got a new job.)

(Again, my priority is still with Ginebra. Actually, I only occasionally get to Letran’s practices because it’s almost the same time with Ginebra’s practices. When I’m in practice, I make sure that the kids learn a lot because it might be a missed opportunity.)

In just his first game as a coach, Tenorio has imparted words to live by for his new wards in their future games for Letran and beyond.

“Yung mga veteran namin, sinasabi ko sa kanila, they really have to be composed sa endgame,” he said. “This is a good experience sa kanila, itong liga na to. I keep on telling them to be composed and make sure na wag sila matakot magkamali.”

(I told our veterans, they really have to be composed in the endgame. This is a good experience for them, this league. I keep on telling them to be composed and make sure they won’t be afraid of making mistakes.) – Rappler.com