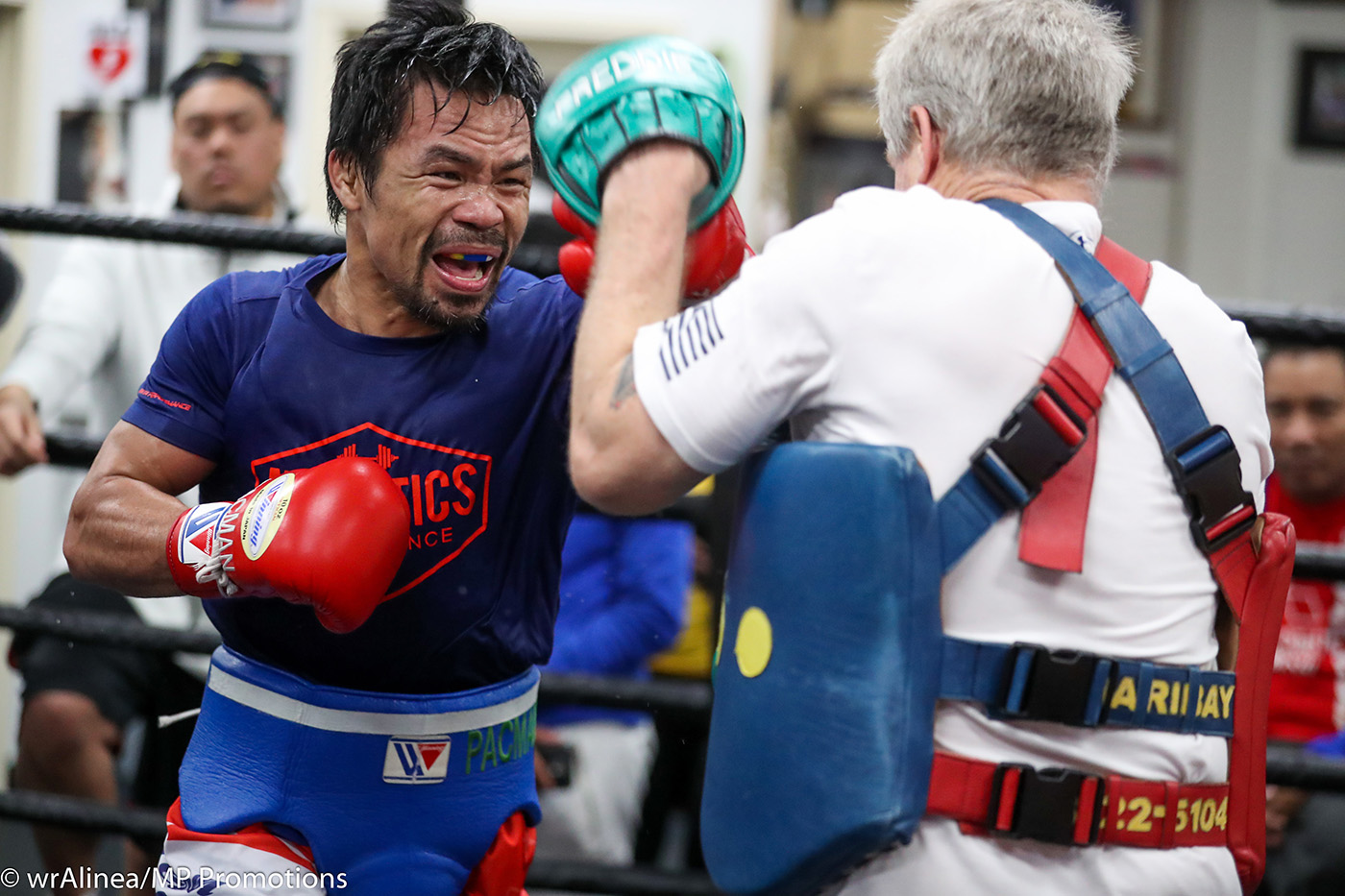 (I might go and watch in Texas. I will watch how he will fight.)

Pacquiao’s next opponent has yet to be named, but four-division champion Spence (24-0, 21 KOs) was in his radar after boxing’s only eight-division world champion retained his WBA regular welterweight crown in a win over Adrien Broner last January.

(READ: If not Mayweather, who’s next for Pacquiao?)

Mayweather’s attendance during the Filipino boxer’s conquest of Broner further fueled rematch talks of the 2015 money-spinner.

Pacquiao confirmed to Rappler that the rematch is indeed in the works.

(The negotiations are ongoing. There will be updates one to two weeks from now.)

(If I get to fight Mayweather and make him come out of retirement, that would be better since it would give me the chance to prove that I could win this time.)

While waiting for updates, Pacquiao is heeding the call of Spence, who’s determined to lock horns with the Filipino boxing legend even if the fight will be held in the Philippines.

But the American southpaw has to focus first on defending his IBF welterweight world title as challenger Garcia boasts an unbeaten record of 39 wins with 30 knockouts. – Rappler.com