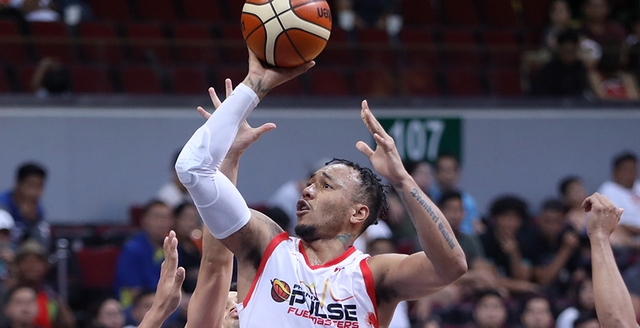 MANILA, Philippines – Not even food poisoning could prevent Calvin Abueva from posting his usual numbers as Phoenix claimed a share of the lead in the 2019 PBA Philippine Cup.

Abueva chalked up team-highs of 21 points and 16 rebounds to propel Phoenix to a 94-80 shellacking of Alaska on Friday, March 1 – tying Rain or Shine at the top of the standings with identical 7-1 records.

(My stomach has been bothering me. I ate oysters and my body didn’t take them well. Luckily, my stomach didn’t act up when I was on the court.)

Abueva was hardly bothered by his bum stomach as he attacked the basket with reckless abandon – drawing a game-high 9 fouls – and tallying a plus minus of +13 in nearly 26 minutes of play.

Interestingly, it was Abueva’s first win against his former team.

(We just bounced back but we still have to acknowledge that they weren’t complete. We were just more aggressive because they were undermanned. We had more backup on the bench while they had a short rotation.)

Abueva expects to recover soon as Phoenix braces for a tough schedule against Magnolia, Barangay Ginebra and San Miguel to end the elimination round.

(These are some of the best teams. We need to win against them. We should’t be complacent so we can sustain our winning ways.) – Rappler.com