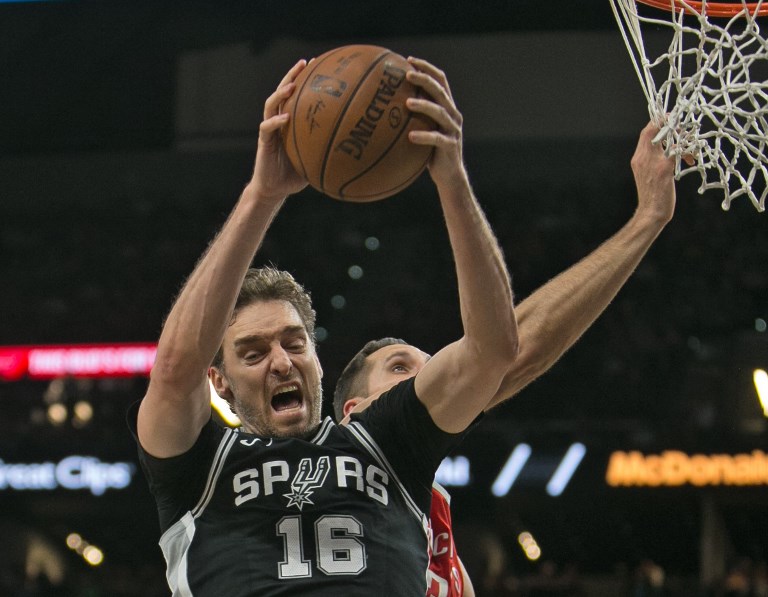 The major move for the six-time NBA All-Star big man came just minutes before a league deadline to waive players in time for them to be eligible to participate in the NBA playoffs.

The 38-year-old Spaniard missed 26 games with a stress fracture in his right foot and had played a diminishing role with the Spurs this season, but the 7-footer could be a major player to aid in a title run for the Bucks.

Gasol joins a Milwaukee squad that boasts the NBA’s best record at 47-14, according to the report, which cited unnamed sources.

The Bucks have lost 8 consecutive playoff appearances since reaching the 2001 Eastern Conference final, where they lost to Philadelphia.

Milwaukee has not won an NBA title since 1971 when legend Lew Alcindor – who would change his name to Kareem Abdul-Jabbar – won the NBA and NBA Finals Most Valuable Player Awards.

But this year’s Bucks have been a wonder squad powered by the “Greek Freak” Antetokounmpo, who is averaging team highs of 27.0 points, 12.6 rebounds and 5.9 assists.

ESPN reported the buyout will guarantee the 7-foot playmaker $6.7 million of his $16 million salary next season.

The six-time NBA All-Star and three time Olympic medalist is making $16 million this season but averaging career lows of 4.2 points and 4.7 rebounds in only 12.2 minutes a game.

Gasol’s 18-year NBA career includes helping the 2009 and 2010 Los Angeles Lakers to NBA titles. For his career, Gasol has NBA averages of 17.1 points and 9.2 rebounds. – Rappler.com