Mar 2, 2019 3:59 PM PHT
Rappler.com
Facebook Twitter Copy URL
Copied
Eric Bledsoe and Malcolm Brogdon take over as the Bucks clip the Lakers to solidify their hold of the top spot 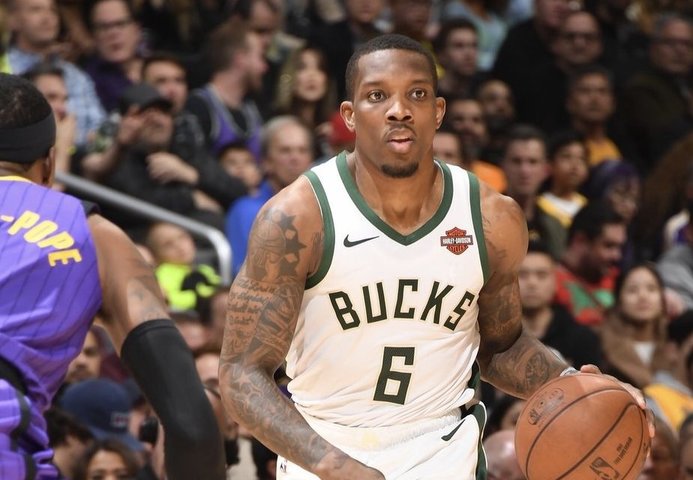 Eric Bledsoe unloaded 31 points and Malcolm Brogdon also scored 21 as the Bucks rolled past the Los Angeles Lakers, 131-120, to strengthen their hold of the top spot on Friday, March 1 (Saturday, March 2, Manila time).

Bledsoe and Brogdon starred in a decisive 15-2 run in the closing minutes to seal the Bucks’ eighth straight win and prop up their record to a league-best 48-14.

Despite tallying below his 27-point average, Antetokounmpo still wound up with a double-double of 16 points and 15 rebounds.

The best plays as the Bucks become the first team to clinch a Playoff spot!! #FearTheDeer pic.twitter.com/e9VegAj3dy

Brandon Ingram shot 31 points and LeBron James also scored 31 on top of 10 assists and 7 rebounds for the Lakers, who remained out of the playoffs circle at 9th place with a 30-32 slate.

The Lakers led at the half, 65-59, and kept things even, 118-118, in the final quarter before the Bucks launched a huge run behind Bledsoe and Brogdon.