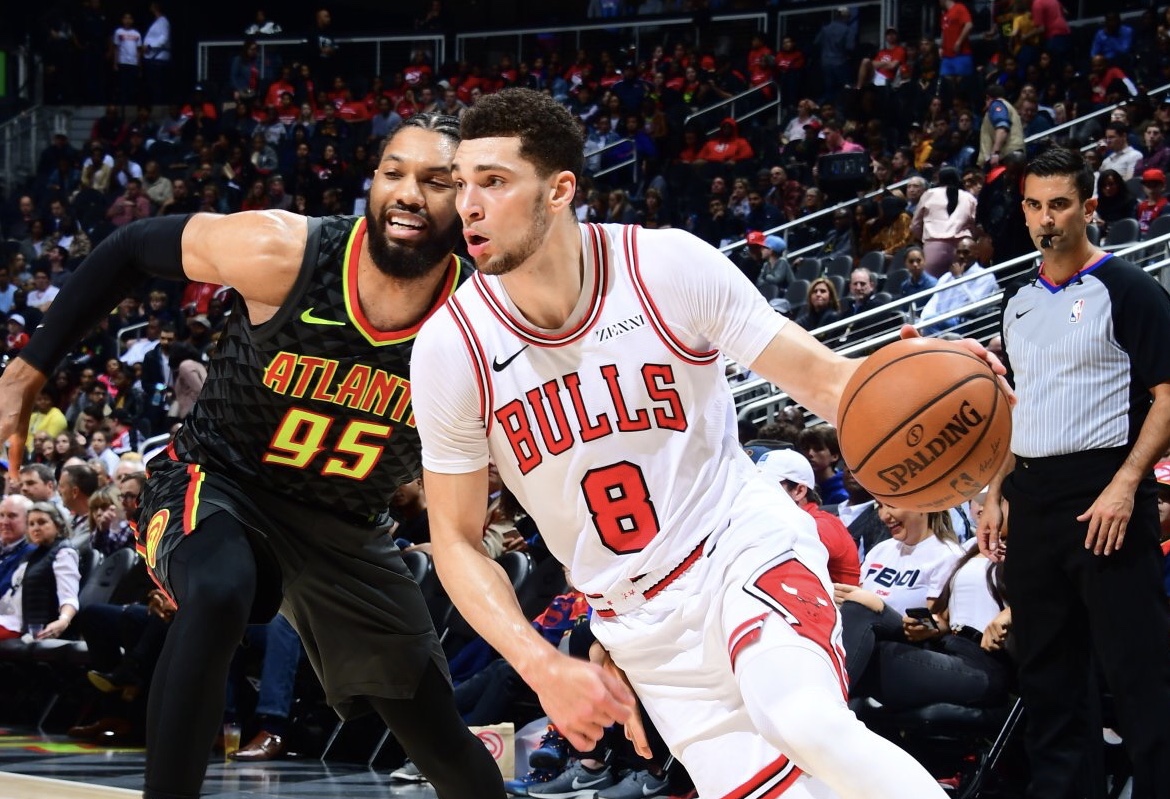 Lauri Markkanen snapped a 159-159 tie by making 3 free throws in the 4th overtime to put the Bulls ahead for good.

It was the third highest scoring game in NBA history as both teams set franchise records for points in a game.

Markkanen finished with 31 points and 17 rebounds for the visiting Bulls, who topped their 156-155 quadruple-overtime win at Portland on March 1984.

“I’ve never been part of a game that long,” LaVine said. “I airballed one because I was so damn tired.”

Markkanen was fouled by Atlanta’s Alex Len on a three-point attempt with just under two minutes left the final overtime and made all 3. It was part of a 7-0 Bulls run that gave them their fifth win in a half dozen games.

LaVine also had 9 rebounds and 9 assists while Otto Porter delivered 31 points and 10 rebounds in the win.

Young set a franchise record for the most points by a Hawks rookie. He shot 17-of-33 from the floor and added 16 assists and 8 rebounds.

“That was a fun game to play, probably one of the most fun games I’ve played in my career,” Young said.

Atlanta appeared to be headed to a victory late in the 4th quarter when Young drained a shot from beyond the arc to give them a three-point lead with two seconds left.

But with 0.4 seconds remaining, Atlanta’s Dewayne Dedmon was whistled for a foul on Porter’s three-point shot. Porter made all 3 free throws to tie the game at 124-124 and sent it to overtime.

Trae Young fills it up in the 4OT thriller, becoming the first rookie since Earl Monroe (1968) to put up 49+PTS and 10+AST in a game! #SAPStatLineOfTheNight pic.twitter.com/jvA5lW2v0r