Debuting Ricci Rivero stars for UP in UAAP 3×3 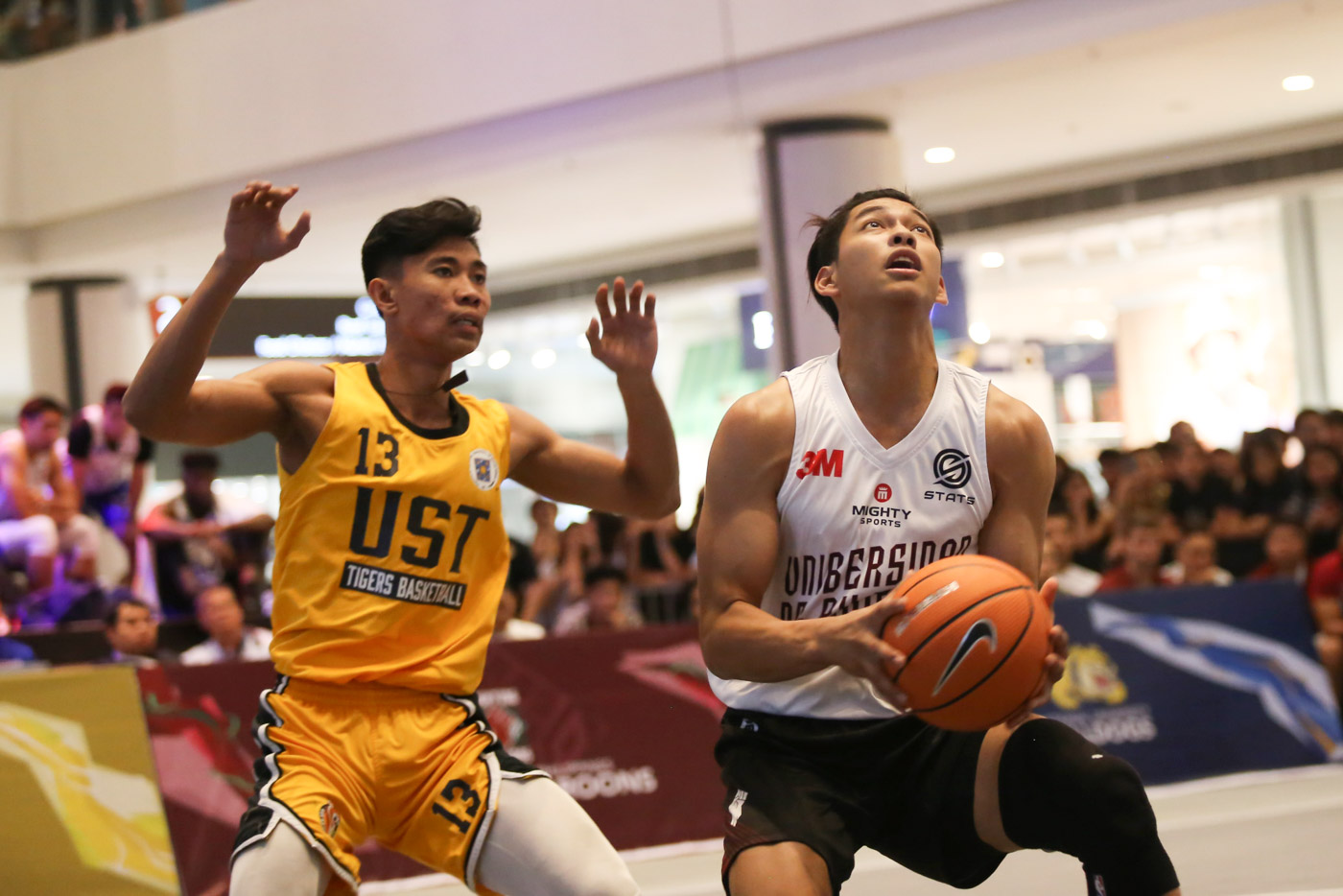 MANILA, Philippines – The UP Fighting Maroons lived up to lofty expectations in Day 1 of the UAAP Season 81 3×3 tournament at Ayala Malls Feliz on Saturday, March 2.

The reigning 5-on-5 champion Ateneo Blue Eagles also flexed their muscles in the 3×3 court, ending the day with a clean 3-0 slate on the back of Thirdy Ravena, Ange Kouame, Matt Nieto and Matthew Daves.

Meanwhile, Ricci Rivero made his official UAAP debut for the loaded UP Fighting Maroons, who ended Day 1 with a 3-1 slate after last defeating fellow top team La Salle, 14-11.

Rivero ruled the court with brothers Javi and Juan Gomez de Liaño and prospect big man Will Gozum, who replaced Kobe Paras at the last minute.

The star-studded UP, however, got stunned by the Renzo Subido-led UST Growling Tigers, who used a 5-0 start to run away with a 12-8 win.

On the other side of the tournament, the NU Lady Bulldogs yet again destroyed teams left and right en route to an undefeated 5-0 record.

Thanks to their deadly lineup composed of Jack Animam, Ria Nabalan, Rhena Itesi and Monique Del Carmen, the Pat Aquino-led Lady Bulldogs defeated opponents with a lopsided average of 5.6 points.

Day 2 will wrap up the elimination round of the two-day tournament, culminating with the playoffs and finals for both divisions.