UP coach Okumu on La Salle upset: ‘We won struggling’ 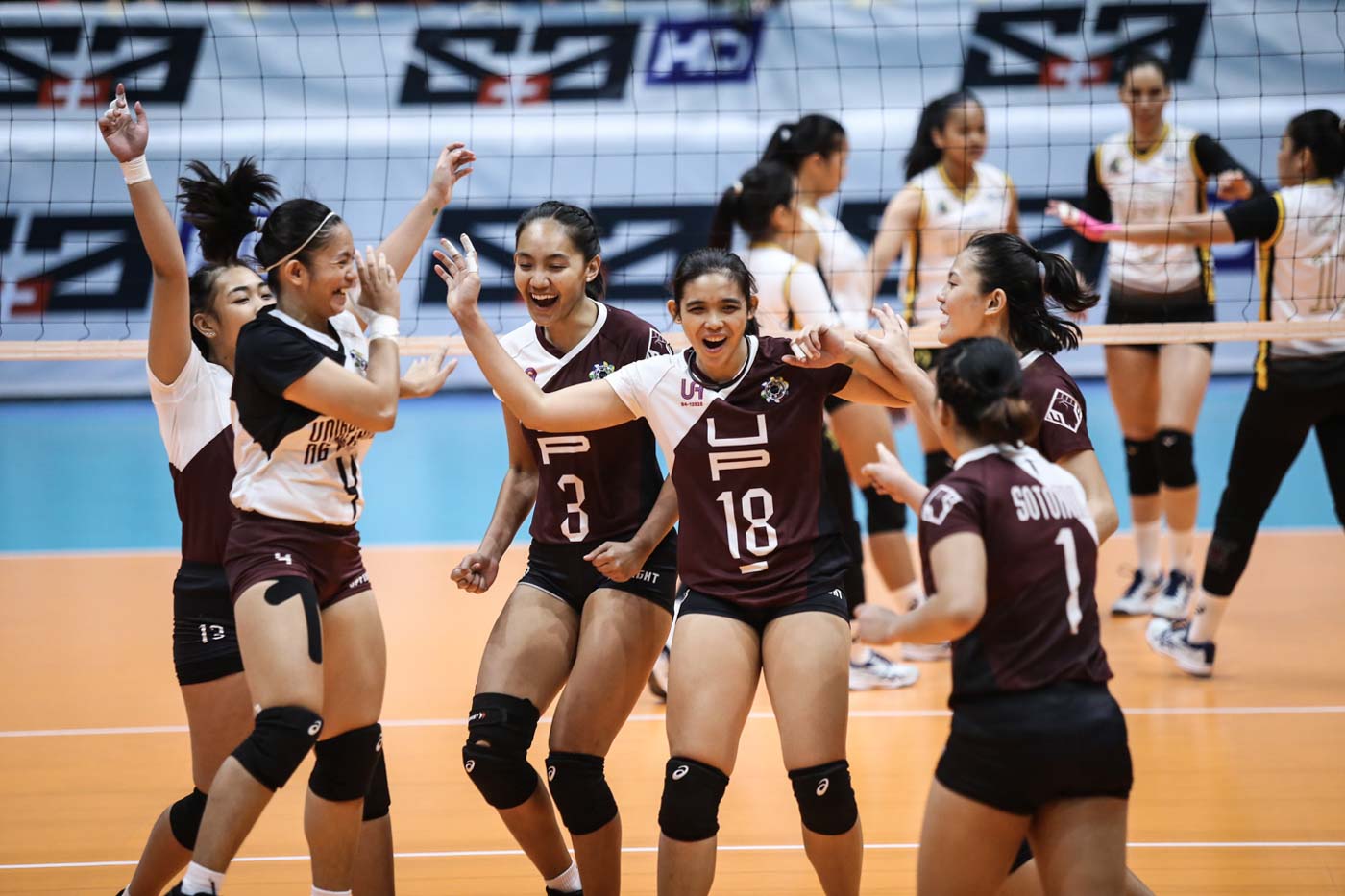 MANILA, Philippines – University of the Philippines (UP) may have conquered reigning champion La Salle but for coach Godfrey Okumu, the huge upset is certainly far from perfect.

“The win today was good. But we won struggling as usual,” said Okumu after his Lady Maroons outlasted the Lady Spikers in a five-set thriller in the UAAP women’s volleyball tournament.

“I hope as we go back today, we will reflect and not sit back thinking that things are over. It’s not over until we finish the championship.”

The Lady Maroons dropped the first set after conceding 3 straight aces from La Salle’s Marionne Alba. But the opening-frame loss did not dampen the Diliman-based squad’s spirit, and instead, helped the players realize their early mistakes.

“I do believe that La Salle has a very good service and we really, really have to work hard on how to defend against those services. They’re so technical, but as I said, we prepared well and we played as planned.”

UP setter Ayel Estrañero made the most out of her return as she dished out 38 excellent sets that opened spikers Isa Molde and Tots Carlos, who combined for a total of 39 points.

The veteran playmaker, who got sidelined due to illness in UP’s last game, said she was motivated to help the Lady Maroons bounce back from their first loss against the University of Santo Tomas.

But at the same time, Estrañero said she also wants to make the most out of her final season.

(It’s my last playing year and of course, the goal is to make it to the Final Four and become champions, so every game is really important, we’re always really motivated – not just me, but the entire team.)

The Lady Maroons hope to build on their stunning win next week when they clash with the Ateneo Lady Eagles on Sunday, March 10, at the Filoil Flying V Centre. –Rappler.com