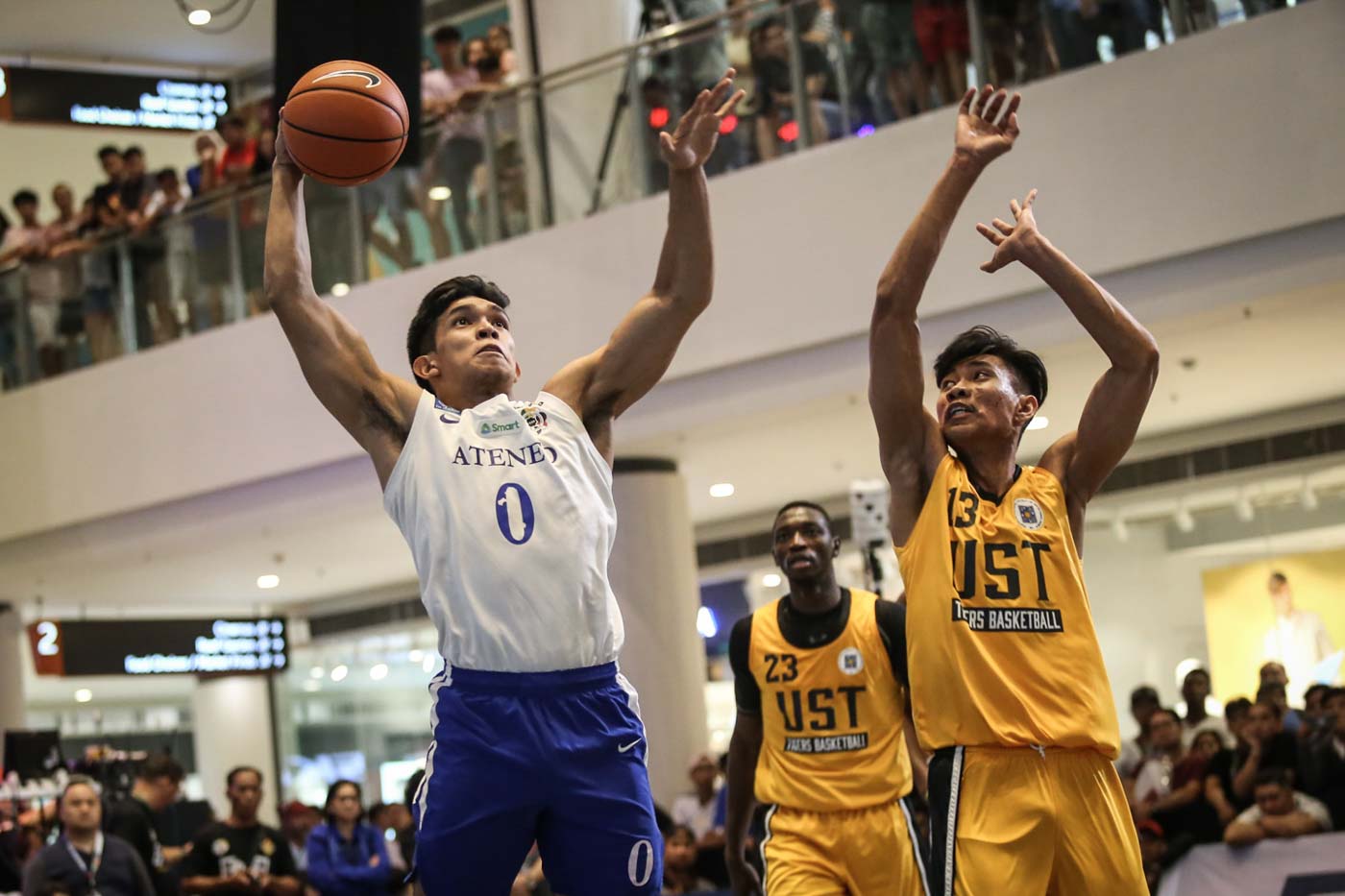 MANILA, Philippines – Mirroring their campaigns in the UAAP Season 81 5-on-5 tournaments, the Ateneo Blue Eagles and the National University Lady Bulldogs proved unstoppable in the UAAP 3×3 men’s and women’s basketball championships at the Ayala Malls Feliz in Pasig on Sunday, March 3.

Both the Eagles and Lady Bulldogs went undefeated in their respective tournaments, all the way through the finals.

Ateneo fought back a scrappy UST Growling Tigers squad for a 19-13 win. NU, however, went virtually unchallenged en route to a 21-3 demolition of the Adamson Lady Falcons.

Ange Kouame also messed around and dominated with 11 markers and 8 boards with a steal and a block for the Blue Eagles.

In the women’s side, NU’s Jack Animam, also a Season 81 5-on-5 Finals MVP, dominated Adamson with 8 points and 11 rebounds with 3 blocks to boot.

Towering center Rhena Itesi had 6 markers and 13 boards while Ria Nabalan added 6 points in her final game in an NU uniform.

Ateneo showed its veteran mettle and raw talent in the two-day elimination rounds, going unbeaten at 6-0, with thrilling wins against UP (11-10) and Adamson (14-11).

The Blue Eagles then routed their bitter rival De La Salle Green Archers in the semifinals, 13-7, to earn a finals berth against UST.

Likewise, NU went unscathed at 7-0 in the women’s tournament.

After netting a few close wins in Day 1 last Saturday, the Lady Bulldogs cranked up the intensity in Day 2, beating opponents by an eye-popping average of 13.3 points in 4 games.