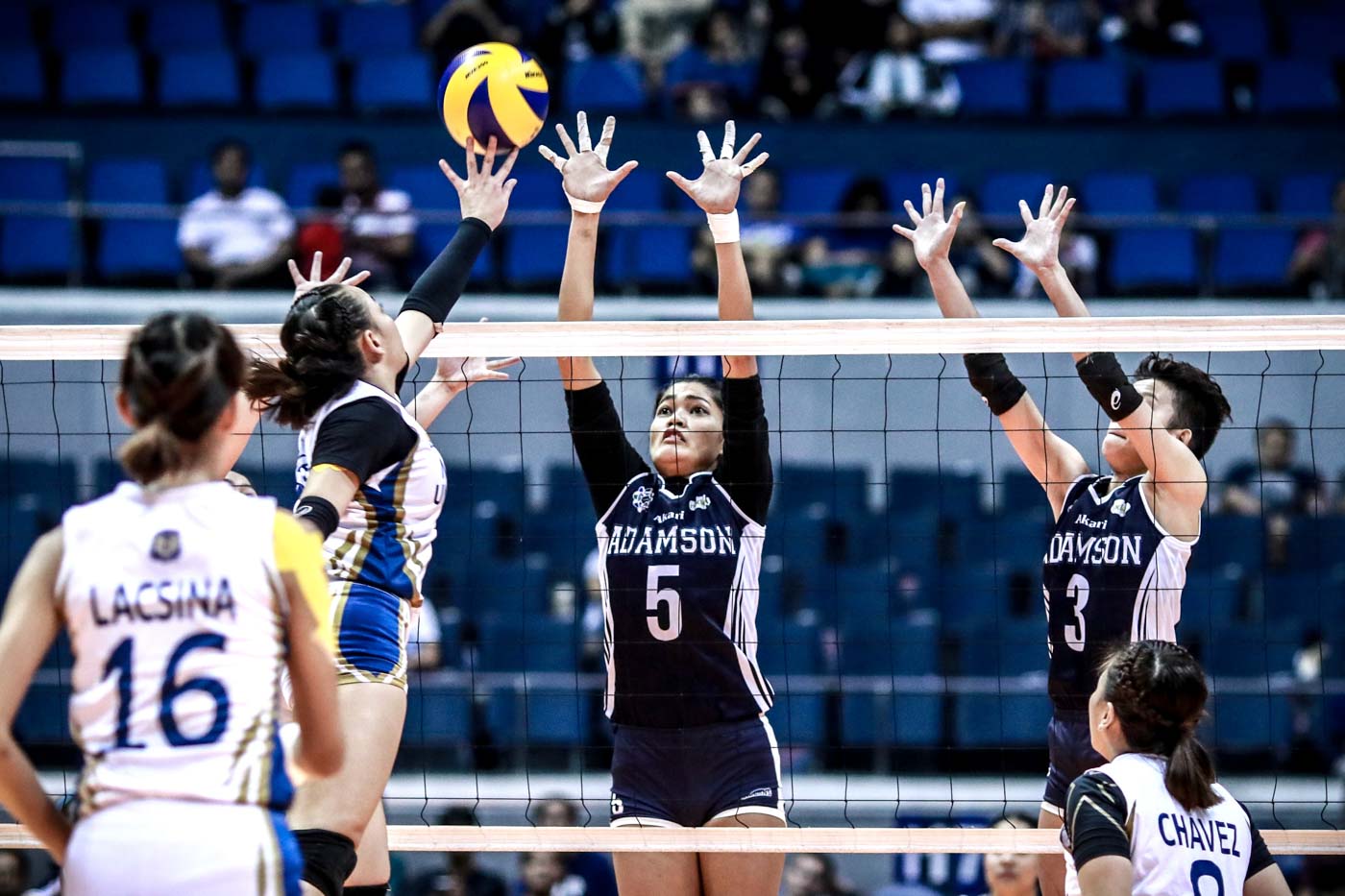 MANILA, Philippines – With a new coach at the helm, a re-energized Adamson team finally barged into the win column of the UAAP Season 81 women’s volleyball tournament.

Bernadette Flora, who still dedicated the win to Padda, led with 15 points built on 13 attacks and 2 blocks on top of 8 digs.

Eli Soyud also chipped in 12 points for the Lady Falcons.

(We’ll fight even without coach Air, even if we realized late that we really have to come out fighting.)

The Lady Falcons, though, remained at the bottom of the standings as they wound up tied at 1-3 with NU and University of the East.

Princess Robles scored 12 points for the Lady Bulldogs, who had an off day as they tallied 27 errors in the loss.

From the get-go, Adamson quickly capitalized on an error-prone NU and proved lethal offensively as they pulled ahead to an 11-point lead, 21-10, on the way to a first-set win.

Although the Lady Bulldogs closed the gap in the 2nd set, two straight errors by Princess Robles shifted the momentum back to Adamson, which fired up a 5-2 close out.

NU still continued to threaten Adamson’s solid game in the 3rd set, but the Lady Falcons kept their poise for the straight-set victory. – Rappler.com