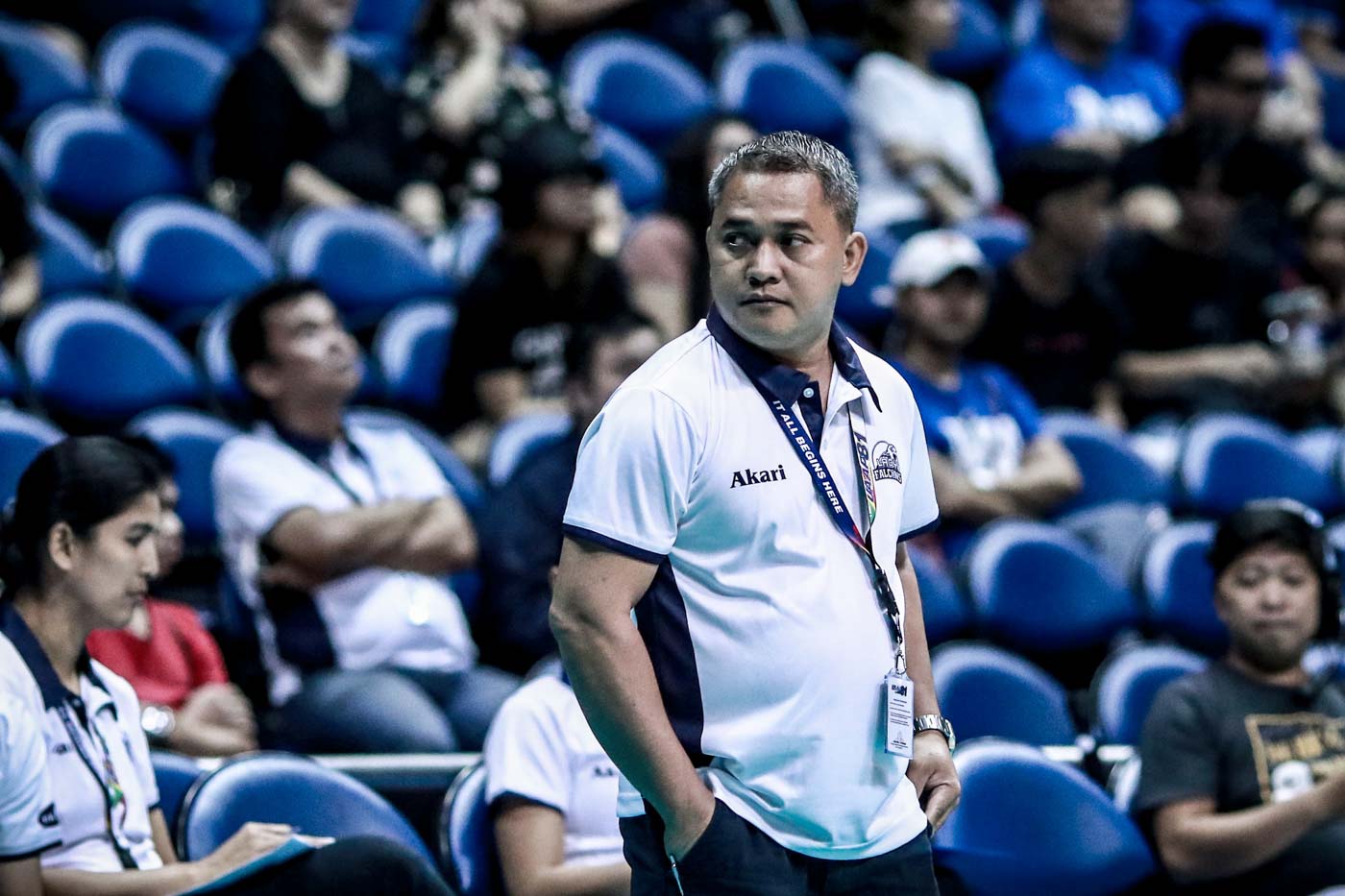 It was an impressive debut for the new Lady Falcons head coach as Getigan piloted his team to a straight-set win over the NU Lady Bulldogs, 25-15, 25-19, 25-22, in the UAAP women’s volleyball tournament on Sunday, March 3, at the Smart Araneta Coliseum.

(First of all, I want to thank the Lord because I was not that prepared for this match because I came from NCR and got word that I’ll be replacing coach Air.)

He pointed out that the adjustment period for him is not that difficult as he was already part of the coaching staff before he got the head coaching job.

(I already know the system so what I did was just to guide and help them get their confidence back.)

Despite his controversial entry, Getigan remains determined to give the school a UAAP title with the same system but with a few tweaks.

This will be his personal goal, he said, in his first head coaching stint in the women’s tournament.

(I want them to win the championship. That’s my main goal and I really hope that it will happen. Sometimes I don’t say it, but it’s always in my head.)

Getigan and the Lady Falcons will seek back-to-back victories as they go up against the FEU Lady Tamaraws on Sunday, March 10, at the FilOil Flying V Centre. – Juro Morilla/ Rappler.com