Jay Washington back to where it all started in TNT 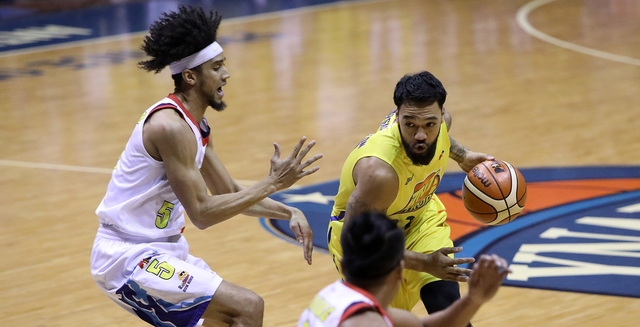 ANTIPOLO CITY, Philippines – Back to where it all started.

Jay Washington found himself back with his first PBA team TNT after he was relegated as an unrestricted free agent by Rain or Shine in the middle of the 2019 PBA Philippine Cup.

And if there is one thing the 37-year-old forward – who had two previous stints with the TNT – it is to avoid burning bridges.

“[F]or me to be able to come back here 3 times, I would say it’s a lesson to the other guys, the young guys, that you can’t take things personally and sometimes it’s a business decision,” Washington said.

The former two-time Best Player of the Conference knows his stuff, having already played for 4 teams throughout his 14-year career.

“You can’t leave a team and burn a bridge. Burning bridges, at this time of my career, I could be left with no team. I think that’s the main thing.”

Washington repaid TNT’s trust in him as he put up 6 points and 7 rebounds in a 100-92 win over Rain or Shine on Sunday, March 3, in his first game of the conference.

“It feels good to be back out there. First game back. Still adjusting. Still trying to get comfortable with things but I’m glad we got the win today.” – Rappler.com