Mar 4, 2019 1:26 PM PHT
Agence France-Presse
Facebook Twitter Copy URL
Copied
The tennis legend has been branded as 'transphobic' after writing a column that allowing trans athletes to compete with women is 'cheating and unfair' 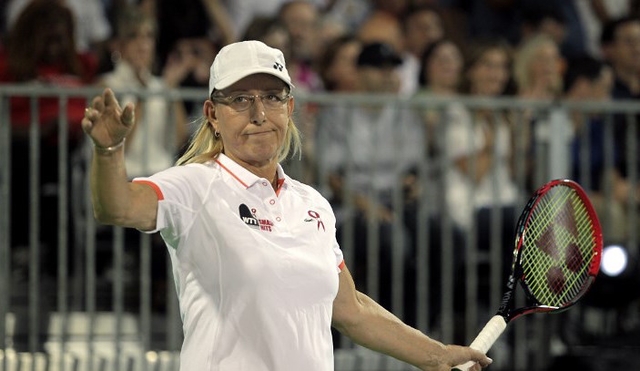 The 18-time Grand Slam title winner, was branded as “transphobic” after writing in a newspaper column that allowing trans athletes to compete with women who were assigned female at birth is “cheating and unfair.”

She was also dropped as an ambassador for the Athlete Ally group which campaigns for LGBT rights in sport.

“I know that my use of the word ‘cheat’ caused particular offense among the transgender community,” the 62-year-old wrote in a blog on Sunday.

“I’m sorry for that because I certainly was not suggesting that transgender athletes in general are cheats.”

“I attached the label to a notional case in which someone cynically changes gender, perhaps temporarily, to gain a competitive advantage.”

Despite apologizing, Navratilova said that the issue of transgender athletes competing in women’s sports is guaranteed to keep creating competitive as well as ethical questions.

But she believes that trying to resolve the issue by creating further separate categories within any given sport would lead to confusion.

“First, we all need to realize that there is no perfect solution in which nobody will ever be wronged or disadvantaged. The objective must be to find policies that make women’s sport as inclusive and fair as practically possible.”

“After all, if everyone were included, women’s sports as we know them would cease to exist. Therefore, any sensible policy must have some exclusions. But which ones? Where do you start and where do you end?” – Rappler.com