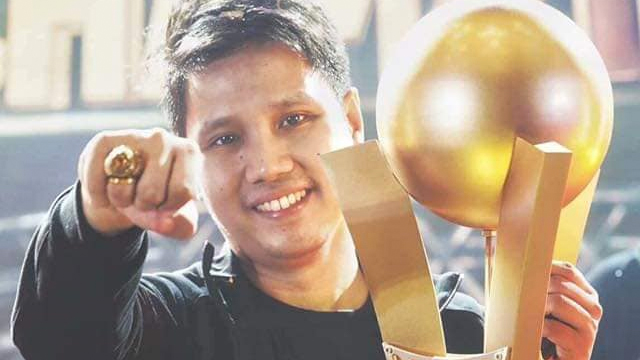 MANILA, Philippines (UPDATED) – For the first time ever, the Philippines will be represented in the NBA 2K League draft that will be held on Wednesday, March 6, Philippine time, at the Barclays Center in Brooklyn, New York.

Professional esports player Rial Polog Jr will be the lone Filipino in the 198-strong draft class that features the best NBA 2K players from 10 countries, including the USA, United Kingdom, China, and Canada.

Polog – who plays under the Playbook Esports team – has been a mainstay at the top of local 2K tournaments over the years, winning the 2016 edition of the Asia Tournament and being a top 16 semifinalist of the NBA 2K14 Tournament.

He will now have a shot at being selected to one of 21 teams in the growing esports league.

With the addition of 4 expansion teams, 126 players will compete in the NBA 2K League’s second season, and what’s new this year is that the number of draft-eligible players will exceed the spots available in the league through the draft.

During the offseason, 52 players from the inaugural season were retained or selected in the Expansion Draft, leaving 74 roster spots available.

The 198 draft-eligible players consist of 144 new players who were selected by the league following an extensive tryout process, 6 players from the league’s first-ever APAC Invitational that took place in Hong Kong in early February, and 48 unretained players from the inaugural season.

“I want to congratulate these 198 players on establishing themselves as among the best NBA 2K players in the world through a rigorous evaluation process,” NBA 2K League Managing Director Brendan Donohue said.

“We’re looking forward to an exciting draft day as we welcome a new class of players to the NBA 2K League family.”

Knicks Gaming, meanwhile, will look to build on its championship-winning debut from the inaugural 2K League season. – Rappler.com