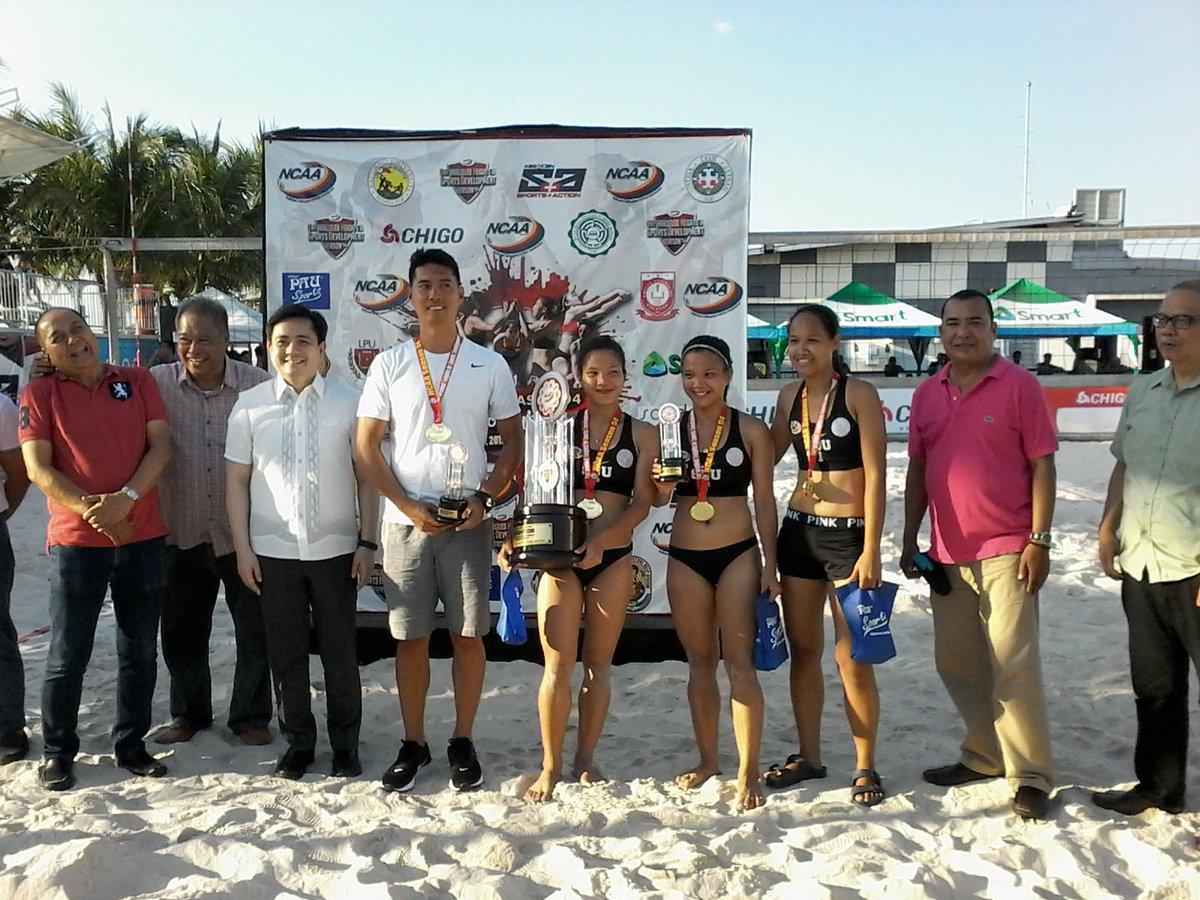 MANILA, Philippines – San Beda University and Emilio Aguinaldo College (EAC) claimed back-to-back titles in their respective divisions in the NCAA Season 94 beach volleyball tournament at the SM By the Sands in Pasay City.

Twins Ella and Nieza Viray from San Beda overcame a pair of early losses due to forfeiture that was caused by wearing the wrong uniform.

The Virays swept their remaining 7 matches and overpowered Perpetual’s rookie pair of Dana Persa and Deana Estanislao, 21-11, 21-15, in the finals to claim their second straight crown.

“Our first two games were forfeited because the undies we wore were of different design,” Ella, who has been playing beach volley since they were kids back in the beachfront of Lingayen, Pangasinan, said in Filipino.

The Virays, who are both taking up Bachelor of Physical Education Major in Sports, vowed to graduate next year with a three-peat feat.

“We’ll go for it before we graduate next year,” Nieza said.

The wins by San Beda and EAC prevented a triple kill for the Perpetual Help spikers, who sent all their junior, senior, and women’s teams in the finals.

Only the Junior Altas of Noel Michael Kampton, Hero Austria, and Luis Gamban came out with the championship by trouncing Letran, 19-21, 21-12, 15-7. – Rappler.com