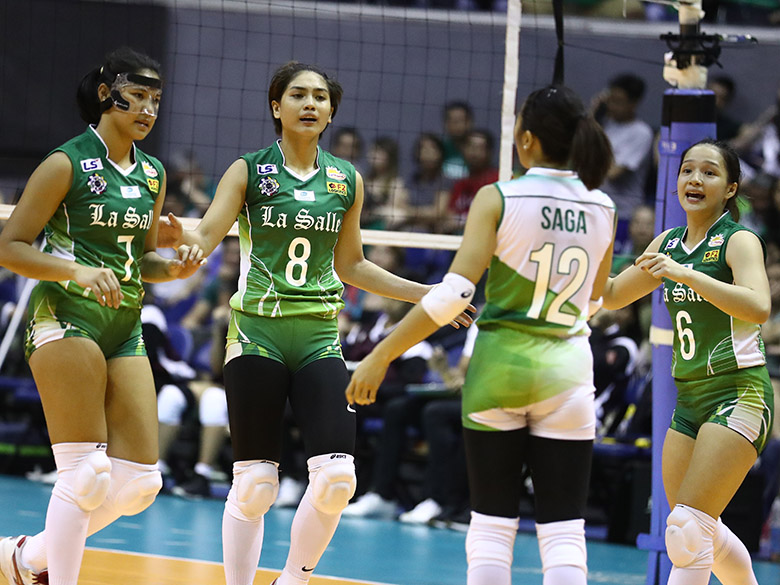 After going perfect early in the season, the Lady Spikers got dealt with a first loss by the University of the Philippines (UP), who completed the massive upset in a grueling five-setter in the UAAP Season 81 women’s volleyball tournament.

UST, too, seemed to have hit its stride until Fil-Italian spiker Milena Alessandrini succumbed to injury midway through the 2nd set in the Tigresses’ loss to the FEU Lady Tamaraws.

In the same game, UST leading scorers Sisi Rondina and Eya Laure also had to deal with their own physical aches and pains.

With Alessandrini now doubtful in the coming weeks, the Tigresses – even if they’re running second behind Ateneo in the spiking department –  need to find other scoring options against a powerhouse like  La Salle.

The España-based squad must also beef up their non-scoring skills in order to keep up with the Lady Spikers, who remain a force under coach Ramil de Jesus’ solid system.

Aside from La Salle libero CJ Saga, UST will have to watch out for captain Desiree Cheng with her consistent attacks and 42.7% efficiency in receiving.

At 2 pm, FEU (2-2) looks to sustain its momentum over the UE Lady Warriors (1-3), who stumbled against Ateneo last Sunday, March 3.

The Lady Tamaraws, the Season 80 finalists, vowed to flash their “killer instinct” anew after a convincing win over the Tigresses.

But FEU’s bid to add one more to its win column will be tested by the Lady Warriors, who are looking to start strong this time after a straight-set drubbing from Ateneo.

Veteran middle blocker Celine Domingo – who has been leading the Lady Tamaraw’s frontline attack and net defense – will have to get past UE star libero Kath Arado.