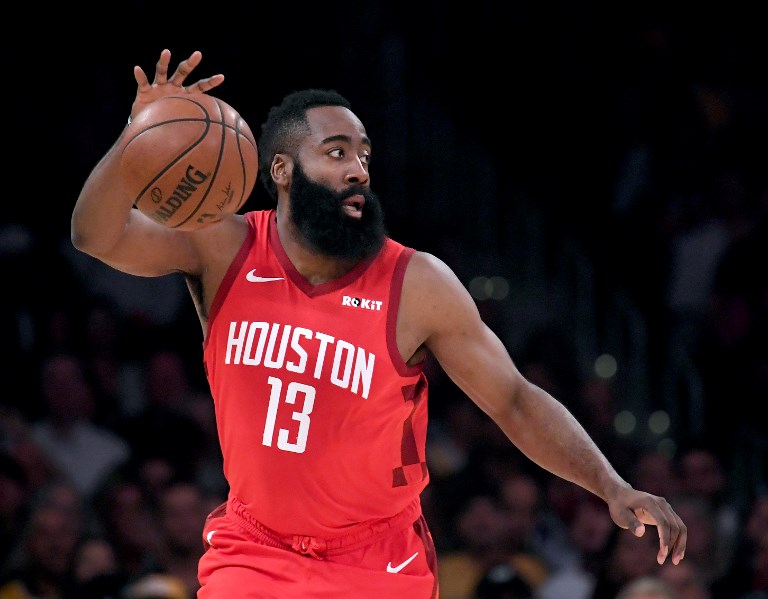 NBA scoring leader Harden went 12-of-30 from the floor, sinking only 3-of-9 from three-point range, but struck for 19 points in the 4th quarter as the Rockets stretched their win streak to 6 games.

“I didn’t shoot the ball well at all tonight but I’m going to keep going,” Harden said. “Total team effort.

“We’ve just got to stay healthy. This winning streak we’ve been on, we’ve been playing well. We just have to keep it going.”

Chris Paul had 10 assists and Clint Capela grabbed 15 rebounds for the Rockets, who moved level for third in the Western Conference with Portland and Oklahoma City at 39-25.

It was the second loss in a row for the Raptors, who fell to 46-19, 2.5 games behind Eastern Conference leader Milwaukee.

Austin Rivers, Eric Gordon and Green each scored 5 points in a 17-2 run over 4 minutes that gave the Rockets a 42-23 lead near the middle of the 2nd period on the way to a 55-37 half-time advantage.

But Toronto opened the 3rd quarter with a 15-2 run, pulling within 57-52 as the Rockets missed their first 6 second-half shots from the floor.

Siakam sank two three-pointers to lead the spurt for the Raptors and later added a jumper for a 60-59 Toronto lead, their first since 11-10 in the opening quarter.

Houston answered with an 14-2 run to open the 4th quarter, Green making 3 three-pointers in the run as the Rockets grabbed an 83-73 edge.

Back-to-back three-pointers by Harden and PJ Tucker put Houston ahead 94-80 and the Rockets frustrated Toronto to the finish. – Rappler.com