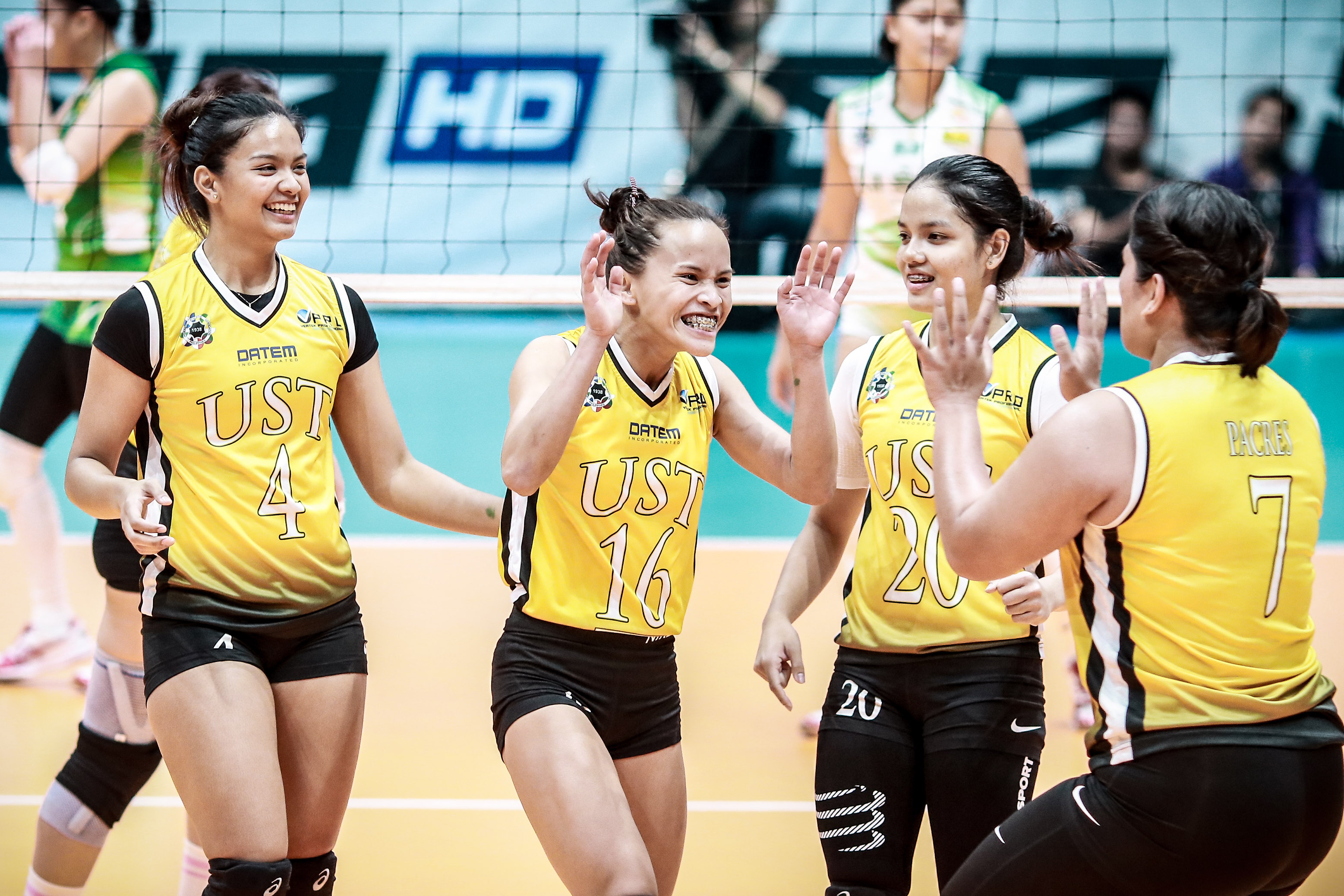 The University of Santo Tomas (UST) Golden Tigresses pulled off a huge upset over the La Salle Lady Spikers in straight sets, 25-20, 25-22, 25-17, in the UAAP women’s volleyball tournament on Wednesday, March 6, at the Filoil Flying V Centre.

Behind team captain Sisi Rondina and rookie sensation Eya Laure, the Tigresses pinned a second straight loss on the Lady Spikers, just 4 days after the defending champions also absorbed a massive upset loss to the University of the Philippines.

UST – which lost Fil-Italian star Alessandrini to a knee injury in its loss to Far Eastern University – wound up tying La Salle for 3rd place at 3-2.

Rondina led the charge with 19 points off 17 attacks and 2 blocks while making 14 excellent receptions.

(The players came out in good form. It’s a big win for me. The match is dedicated to Milena Alessandrini.)

No La Salle player scored in double-digits as Jolina dela Cruz, Aduke Ogunsanya and Norielle Ipac finished with 8 points each.

The Tigresses last won over the Lady Spikers in 2016, also a straight-set decision in the first round.

UST completed the massive upset as a 4-0 run after the second technical timeout, 16-12, sparked the Tigresses’ breakaway to finish off the Lady Spikers.

UST stunned La Salle from the get-go as they got off to an 11-3 start. The early lead was crucial to the Golden Tigresses’ momentum as they blanked La Salle, 4-0, in the opening-frame closeout.

The Lady Spikers stayed within reach of UST in the 2nd set, but it was the España-based squad that took control of the end-game as La Salle committed 3 straight errors that gifted UST the 2-0 lead. – Rappler.com