On court or on cam, Alyssa Valdez delivers 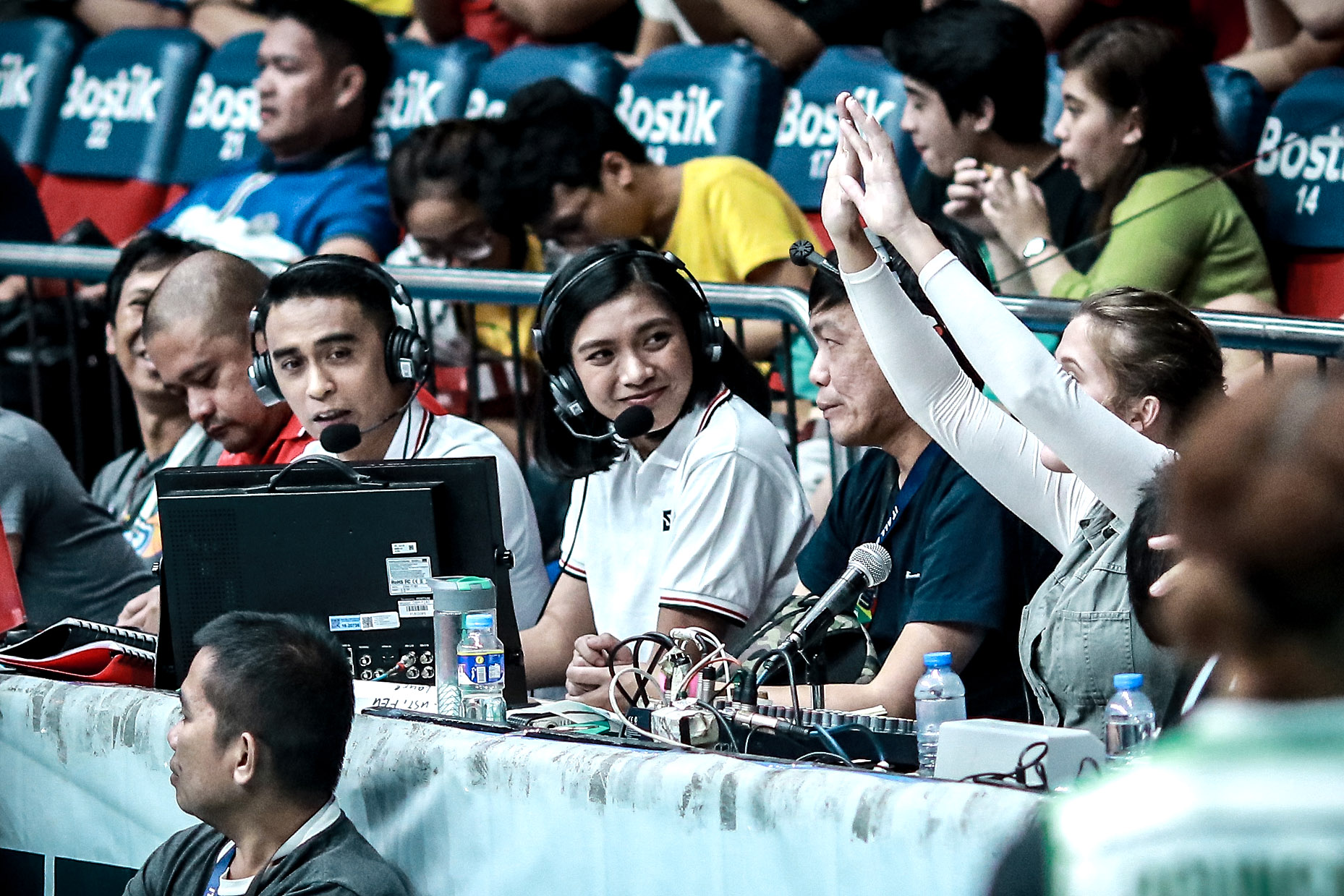 MANILA, Philippines – Alyssa Valdez returned to the UAAP, but this time, the former Ateneo volleyball star took on a new role.

Debuting as a television analyst in a women’s match, Valdez worked alongside veteran sportscaster Boom Gonzalez and discovered a new perspective in the sport she loves.

(I now appreciate the score more and each and every player in the UAAP, and how hard it is to be a student-athlete.)

But becoming a UAAP volleyball analyst was something she did not imagine herself doing after maxing out her playing years for the Ateneo Lady Eagles.

The phenom shared that playing on the court and covering the game on the sidelines are two different things.

As Valdez commentated the game that saw University of Santo Tomas (UST) pull of a surprise sweep over reigning champion La Salle, she admitted that her familiarity with the coaches helped with her analysis.

The challenge for her, though, is watching the new faces play on the court.

(Of course, if I played against them, I think I’d see a different angle. Most of the players I covered today did not play in my UAAP days, except maybe for Desiree Cheng and Sisi Rondina. I guess I’m like an older sister to them now, so if ever I say something, I only mean it well.)

Aside from being an analyst on television, she had dabbled into hosting as well, even reaching the United States to cover the 2019 NBA All-Star weekend in Charlotte with former Ateneo teammate, Gretchen Ho.

She couldn’t tell which was harder, but Valdez pointed out the main difference.

(This one, as a television anchor, it really depends on the game and the situation. The events happen so fast, and you have to analyze what they did good and what they did bad. Hosting, meanwhile, there’s a script, you’re planning it already.)

Valdez rose to fame for leading Ateneo to a historic UAAP championship romp with Thai head coach Anusorn “Tai” Bundit in 2014 – which also denied La Salle of a three-peat title.

She led Ateneo to back-to-back titles in 2015, but failed to graduate as a champion in her last playing year as La Salle bested the Lady Eagles in Game 3 of the Season 78 championship series. – Juro Morilla/Rappler.com