Mar 7, 2019 10:45 AM PHT
Delfin Dioquino
Facebook Twitter Copy URL
Copied
Dwelling at the bottom of the standings, the Hotshots must start piling up wins soon to avoid an early exit 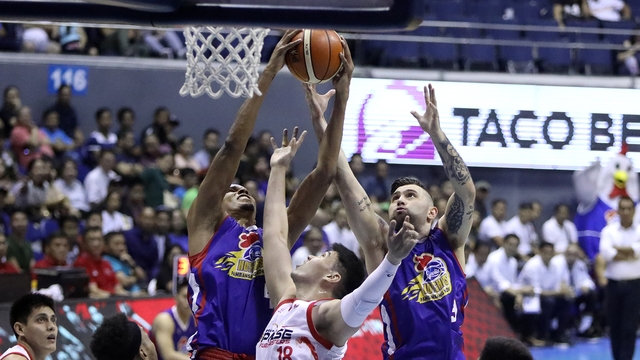 Even with 6 elimination round games left, Chito Victolero said Magnolia needs to activate its playoff mode to avoid an early exit in the 2019 PBA Philippine Cup after a sorry 87-89 loss to Phoenix on Wednesday, March 6.

The Hotshots barely looked like the team that won the championship in the Governors’ Cup last season as they dwell at the bottom of the standings with a dismal 1-4 record.

(In our following games, I think we should have a playoff mentality already. If we lose once or twice, we’ll probably bow out of playoff contention. We need to improve on our next game.)

Enjoying a lead as large as 17 points, Magnolia was groomed to follow its breakthrough win over Meralco with another triumph.

But Phoenix slowly chipped away on its deficit before pulling off a great escape thanks to reigning Rookie of the Year Jason Perkins scoring the game’s last 4 points.

(We expected Phoenix to come back because I told the players that this is a grinding game. And as predicted, it was what happened in the end. I think we should improve on our defense.)

Except from its 21-point beating from San Miguel, Magnolia’s remaining losses had been decided by 5 points or lower and on an average of 2.7 points.

“I think we need to be more ‘yung toughness mas kailangan namin dagdagan pa. It’s all breaks of the game eh.”

(I think we need to work on our toughness. It’s all breaks of the game.)

(It’s about how to make stops in the end, that’s what we need to improve on.)

Magnolia faces a must-win situation when it battles Alaska on Saturday, March 9, at the Ynares Center in Antipolo City.  – Rappler.com