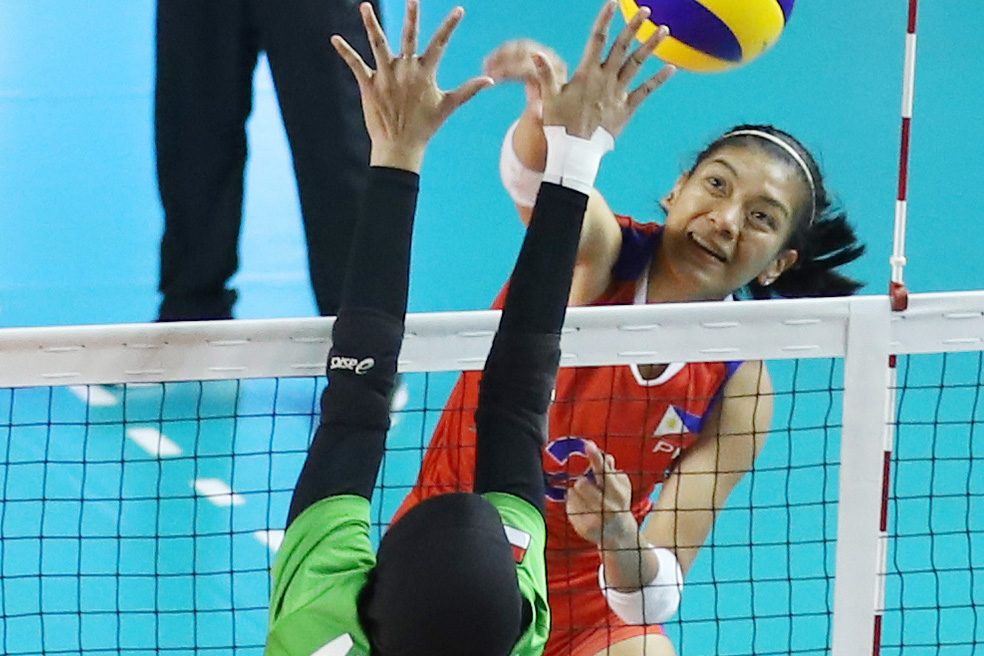 MANILA, Philippines – Alyssa Valdez and Jaja Santiago continue to banner the Philippine women’s volleyball training pool as the buildup for the 2019 Southeast Asian Games gets going.

The twin towers Santiago sisters will return from their Japan V.League stint to reinforce the national team.

Kalei Mau, the 6-foot-2 Fil-Am who recently acquired dual citizenship, is also a step closer to debuting for the Philippine team along with 7 other new faces.

The national team will still be mentored by Shaq delos Santos, who has been in charge since the team’s 2018 Asian Games campaign. 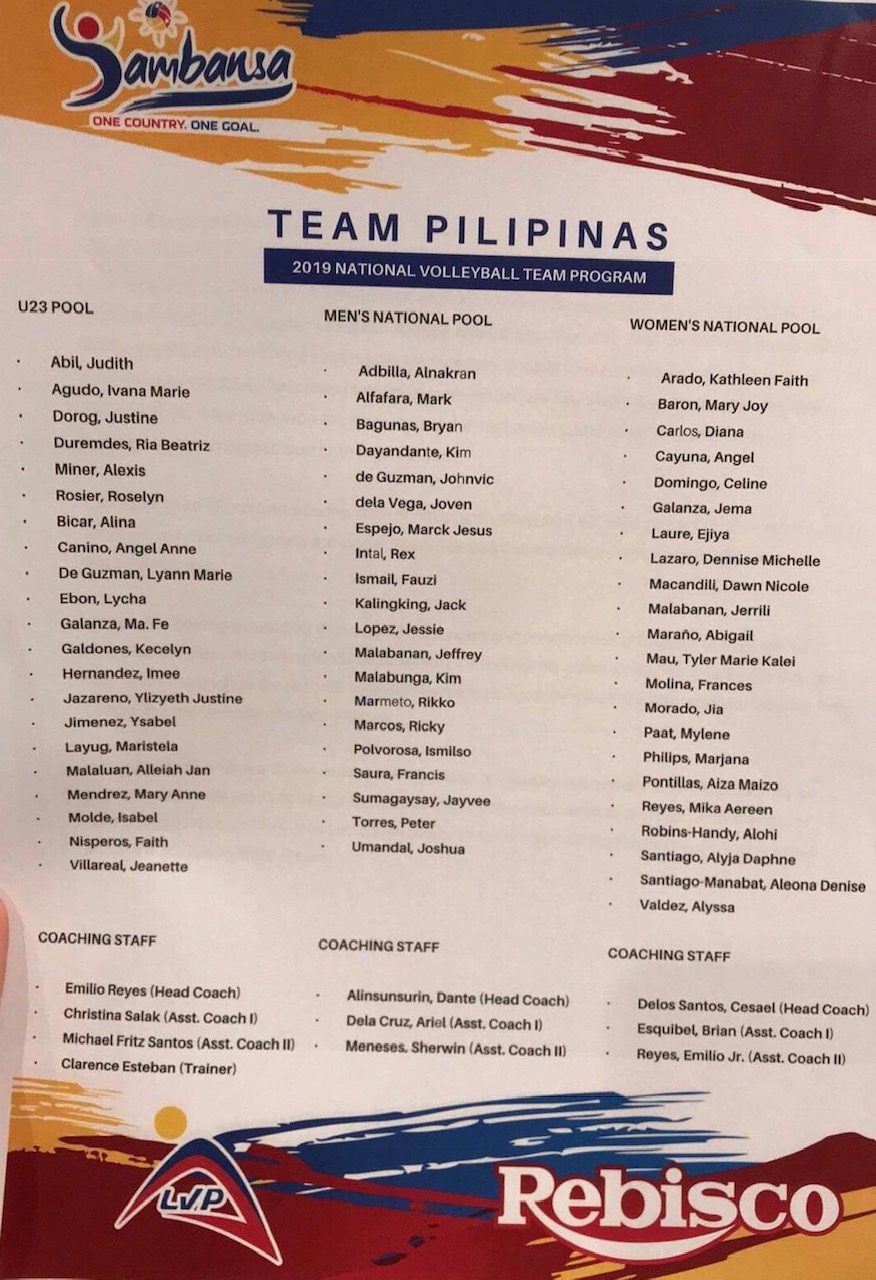 Five-time UAAP MVP and three-time champion Marck Espejo will also return from Japan to lead the men’s national team as his contract with Oita Miyoshi Weisse Adler ends in May 2019.

The men’s national team will be mentored by Dante Alinsunurin of the NU Bulldogs.

The Larong Volleyball ng Pilipinas also formed a youth team, although no competition has been lined up for the Under-23 pool.

Leading the squad are UAAP stars Isa Molde of University of the Philippines and Far Eastern University rookie Lycha Ebon.

University of Santo Tomas head coach Emilio “Kung Fu” Reyes will be guiding the development of the young squad. – Rappler.com