La Salle to channel ‘pusong champion’ in 2nd round 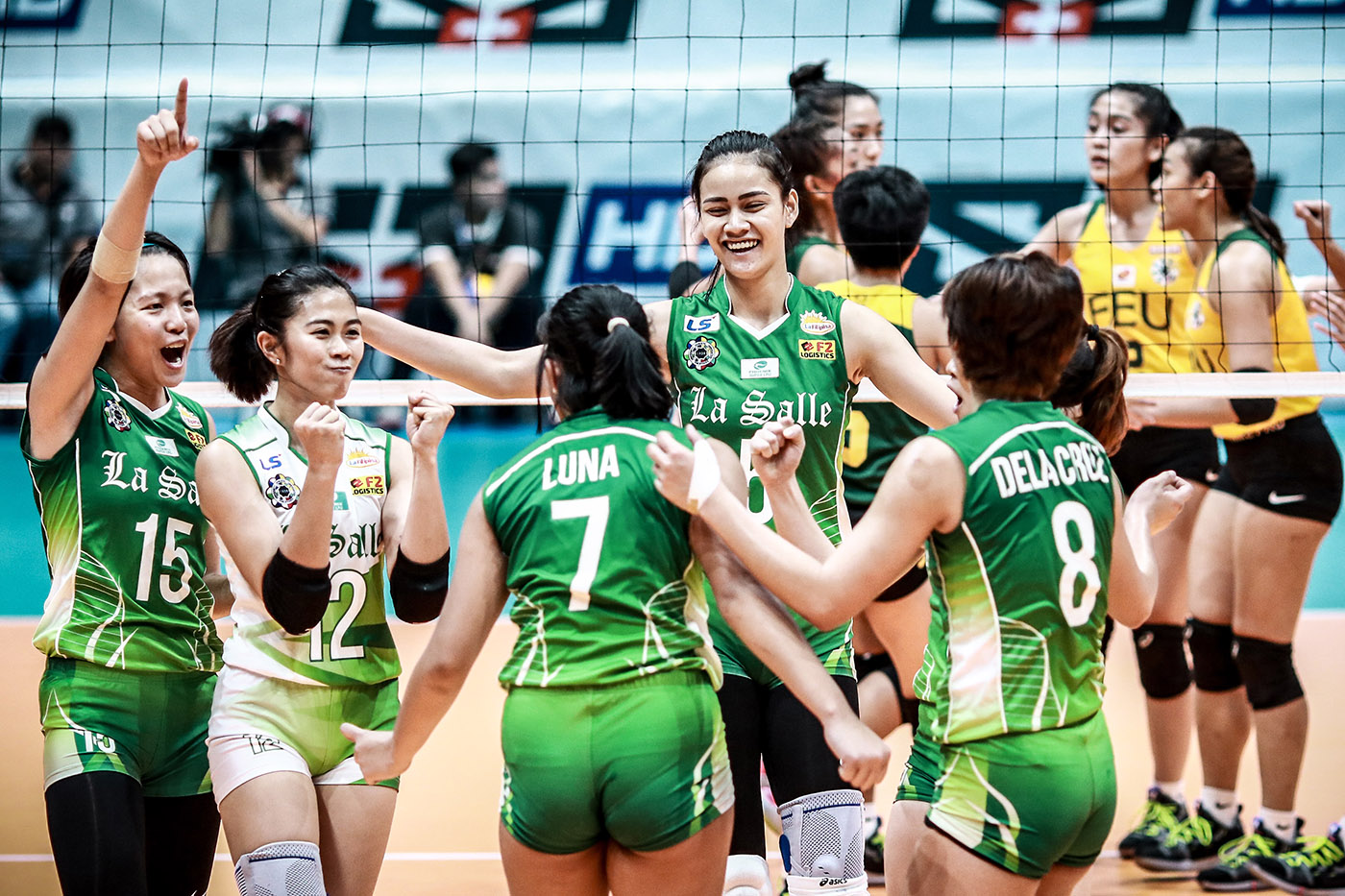 MANILA, Philippines – La Salle’s early run may have been stained by rare back-to-back losses, but the Lady Spikers vow there won’t be a repeat when the second round of their UAAP volleyball campaign gets going on Sunday, March 24.

The Lady Spikers believe they need to channel their pusong champion (heart of a champion) again as they vie to get even against University of the Philippines (UP) and University of Santo Tomas (UST).

(We should always remember that we have a blood of a champion and we should never lose it. The coaches work hard on us, every training and every game so we just need to fight in the second round. Let’s see what happens.)

The defending champions get their first shot at revenge against the UP Lady Maroons on Sunday, 4 pm at Ynares Antipolo.

(We won’t forget coach’s reminder that having La Salle written on our jerseys means that we have the heart of a champion, so we won’t give up, we won’t forget that every game.)

De Jesus said the first round turned out to be a test of character for the Lady Spikers, who hold a second-best 5-2 record behind the 7-1 slate of the streaking Ateneo Lady Eagles.

(Well I told the team that their character should be strong because every opponent that we went up against, you’d see the strong character of their leader. We also have to build a tough character and improve individually since we are not as talented as the other teams, so we just fight them with hard work.) – Wilmyn Migguel See/Rappler.com