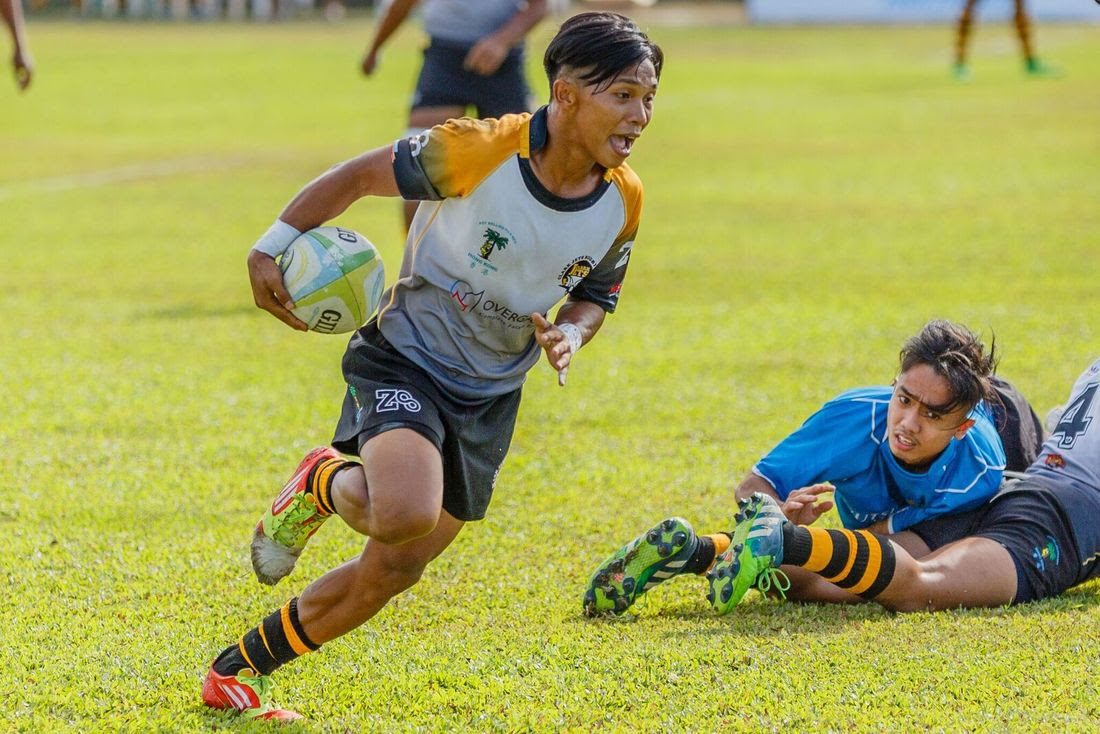 Facebook Twitter Copy URL
Copied
Ranked among the top squads in Southeast Asia, the national men and women's rugby teams hope to live up to their billing

MANILA, Philippines – The Philippine Rugby Football Union (PRFU) may just have a solid shot at a double gold when the country hosts the 30th Southeast Asian (SEA) Games late this year.

Philippine rugby general manager Jake Letts said both the men and women’s teams may be heading into the biennial meet propped up by a strong showing in several international events.

“We are aiming for podium finishes, definitely the men’s team [has a good chance of winning] a gold medal being ranked No. 1 in Southeast Asia, and our women’s team [has shown] that we have the position and reputation to finish on the podium,” said Letts.

The Philippine men’s rugby team is the only Southeast Asian squad to qualify for the Asia 7s series as 2017 champion Malaysia was relegated, while silver and bronze medalists Thailand and Singapore were relegated two years ago.

“That in itself is a statement that we’re currently in the best position for preparation,” said Letts. “That’s not saying that those teams won’t have preparations for themselves, but in the men’s perspective, we’re happy to play in at least 4 tournaments before SEA Games, whereas other teams will only play in one,”

The Lady Volcanoes, on the other hand, finished with a silver medal in last year’s Asia Trophy Series, and sustained their fine form by beating achrivals Singapore twice in the recently concluded Borneo 7s last weekend.

“We have lined up tournaments like the Asia Rugby Women’s championship and Asian Trophy Series, then from there, we’ll still continue training and training para maging successful ‘yung SEA Games this year (so that we will be succesful in the SEA Games this year),” said Sylvia Tudoc, who was part of the team that won a bronze in the 2015 SEA Games.

After going home empty handed in the 2017 Kuala Lumpur Games, Philippine rugby promises a rebooted squad that will feature a mix of Fil-foreigners and outstanding homegrown talents.

New faces in the men’s team include Timothy Alonso Berry, Donald Canon Coleman, and Mark Mapacpac Roberts. Lito Ramirez, one of the rising homegrown talents, is also vying for a spot in the SEA Games roster. (High on rugby: Letts dreams of homegrown national team)

The majority of the women’s team, meanwhile, is still dominated by homegrown talent.

“Right now, it’s tough to get a spot in the team because we not only have the best players from the Philippines, but we also have Filipinos from around the world, so again, training centers are increasing and what we could be rest assured with is that we’ll have the best team out in the park in the SEA Games,” said Evan Spargo, a member of the 2017 SEA Games team.

Aside from the Asia 7s series and the upcoming world series qualifiers from April 5 to 7 in Hong Kong, the Philippines is also vying for a berth in the Tokyo 2020 Olympic qualifiers in Incheon, South Korea in November.

“This is an opportunity for Philippine rugby because Japan has automatic qualification. Asia will have a maximum of two teams in the Olympics. Philippines is currently ranked 3rd in Asia and the top two of Asia will go,” said Letts.

The Philippine Volcanoes last won the SEA Games gold in 2015, while the Lady Volcanoes’ highest podium finish was a bronze medal in the same edition.

Letts cited Malaysia, Singapore, and Thailand as the top contenders for the gold. The Malaysians are the defending men’s champion, while the Thais are the reigning title holder in the distaff side.