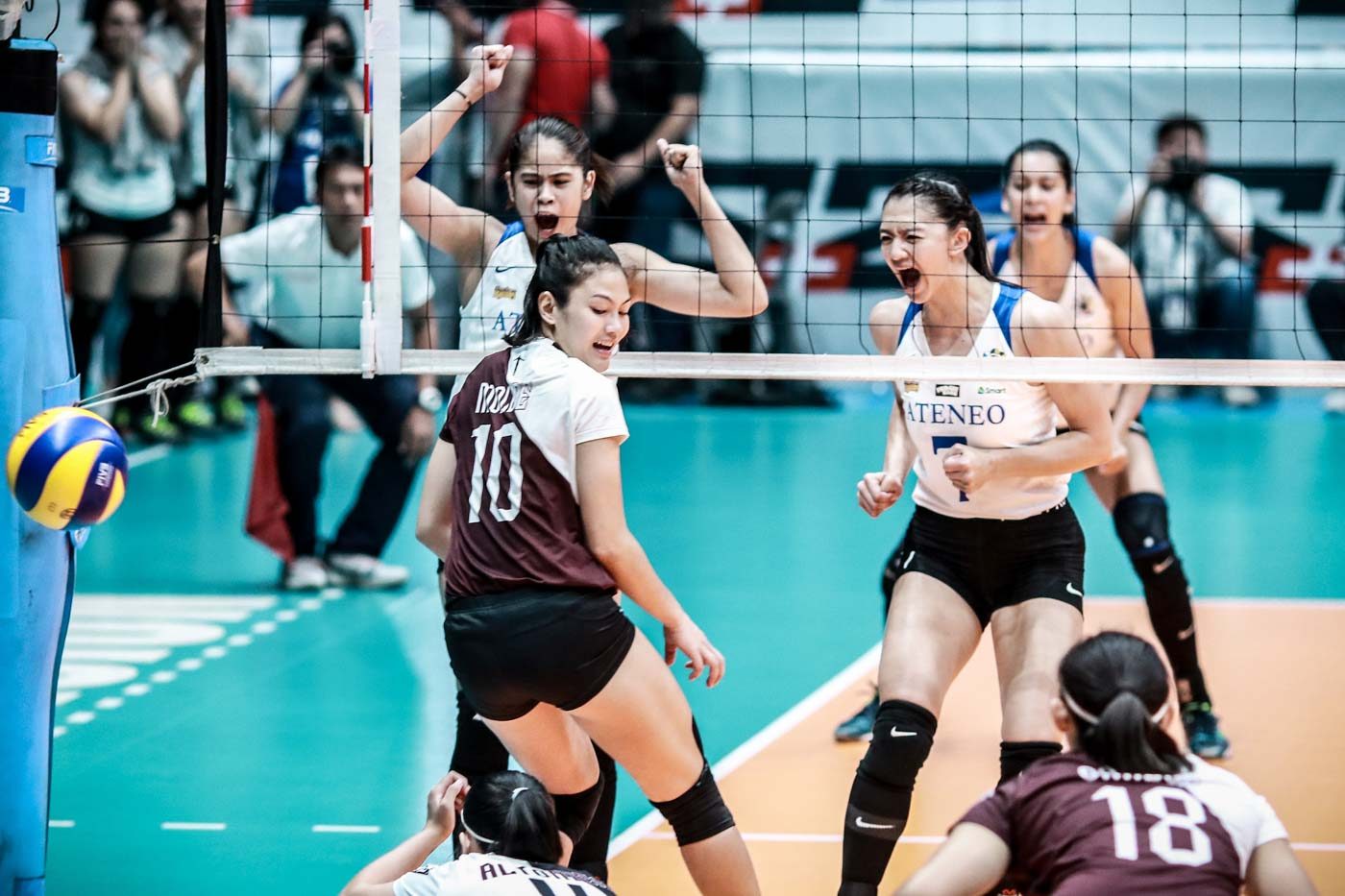 MANILA, Philippines – The University of the Philippines (UP) Lady Maroons absorbed their fourth defeat in 9 games, but it wasn’t the most heartbreaking incident of the day.

Isa Molde – who is having an outstanding season so far – fell awkwardly in the 2nd set of their match against the league-leading Ateneo Lady Eagles in the UAAP women’s volleyball tournament on Saturday, March 30.

Although UP mentor Godfrey Okumu hoped that she could return soon, he still sees a silver lining in this latest setback as it paves way for his deep bench to shine in the next few games.

“I wish that she’d have come back, because when you make those kinds of substitutions, the rotation order, the chemistry somewhere gets distorted and we have to start from zero again. So we have to go back to the drawing board and think of our next lineup for Wednesday,” said Okumu.

The Lady Maroons were down 0-4 in the 2nd set when Molde and teammate Mirgie Bautista collided near the net.

Molde went up for the spike following Bautista’s dig, but she unfortunately landed on the libero and stayed down for a couple of minutes.

UP’s vice-captain was eventually stretchered out of the playing court, while the latter was fortunate to see off the game healthy.

Molde being stretchered off the court. Her left knee is elevated according to the footage. #UAAPSeason81Volleyball | @beebeego09 pic.twitter.com/92clLsx9Ej

Isa Molde exits the UP Lady Maroons dugout right after the game. She will be brought to PGH for further tests on her injured left knee. #UAAAPSeason81Volleyball @RapplerSports pic.twitter.com/qRni2WqH2N

It seemed like a left knee injury for the fourth-year spiker, but Lady Maroons head coach Godfrey Okumu shared post-game that the injury was probably a sprain on the left ankle, and nothing on the knee.

“What I know is she’s gonna be fine. It’s nothing serious, but what we don’t know is how long she’s gonna stay out,” said Okumu.

“She’s going for x-rays, then after the x-rays, we’ll be able to talk about it.”

According to Okumu, he expects Marian Buitre – who produced 6 points against the Lady Eagles – to step up in the next few games without Molde.

Despite playing in the same position as team captain Tots Carlos, Okumu indicated that it would be nice if both of them click while playing at the same time.

“She’s a very good player,” Okumu said of Buitre. “I believe she will do wonders. She’s capable of doing wonders. She will give us a lot of strength that we’ve been waiting for.”

The UP Lady Maroons look to bounce back versus the University of the East (UE) Lady Warriors on Wednesday, April 3, at the Filoil Flying V Centre. – Juro Morilla/Rappler.com