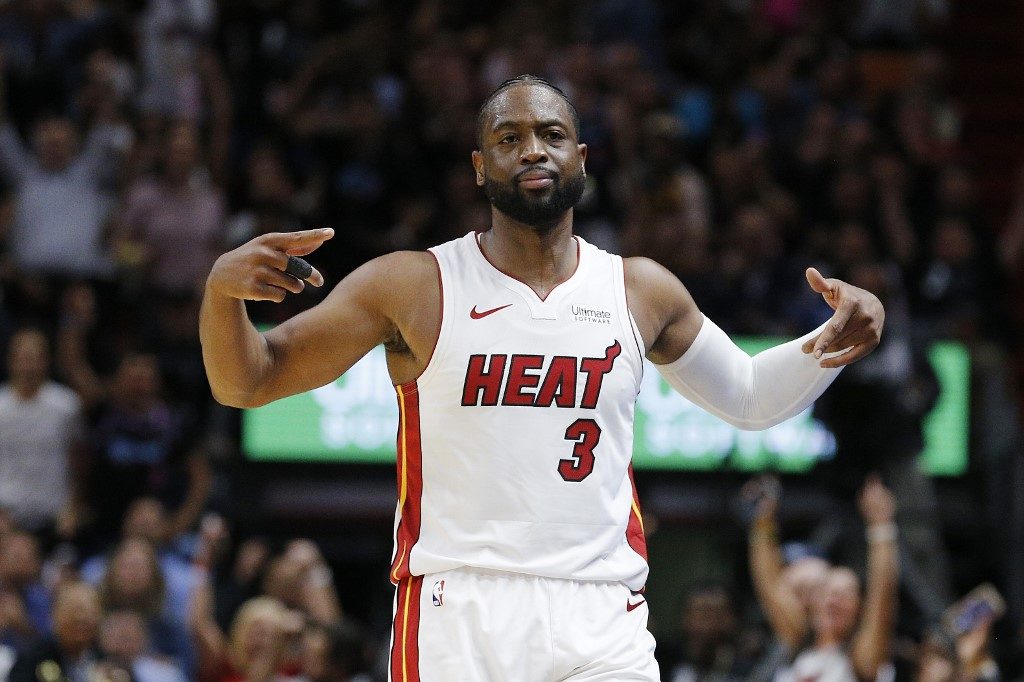 LOS ANGELES, USA – Dwyane Wade was given an emotional send-off in his final home game with the Miami Heat on Tuesday, April 9 (Wednesday, April 10, Manila time) but results elsewhere eliminated the Florida team from playoff contention.

The 37-year-old three-time NBA champion delivered a 30-point display as the Heat defeated the Philadelphia 76ers by 122-99 at the American Airlines Arena.

But the Detroit Pistons’ 100-93 victory over the Memphis Grizzlies ended Miami’s slender hopes of progressing to the playoffs.

Wade gave a heartfelt salute to his fans in a pre-game ceremony in Miami.

Wade, a 13-time NBA All-Star, was also honored with video tributes throughout his home finale, with former US President Barack Obama leading the plaudits.

“D-Wade! Congratulations on a great run. Now, I know what you’re going through, because saying goodbye to a career that you love is never easy,” Obama said.

“I’ve been there. In my case though, I didn’t really have a choice. My knees were shot so I had to give up basketball forever,” he joked.

Detroit, meanwhile, can seal their playoff berth from the Eastern Conference with a victory over the New York Knicks on Wednesday (Thursday in Manila) in the final round of regular season games.

The Charlotte Hornets also have a slender chance of progression after demolishing the Cleveland Cavaliers 124-97.

Charlotte need to beat Orlando on Wednesday and hope that Detroit slip up against the Knicks to leapfrog the Pistons into the postseason.

Against Cleveland on Tuesday the Hornets were led by Kemba Walker and Jeremy Lamb with 23 points each.

The Pistons recovered from a sluggish start which saw them trail by 22 points at one stage before recovering for the win.

Blake Griffin was restricted to 5 points in 18 minutes. – Rappler.com