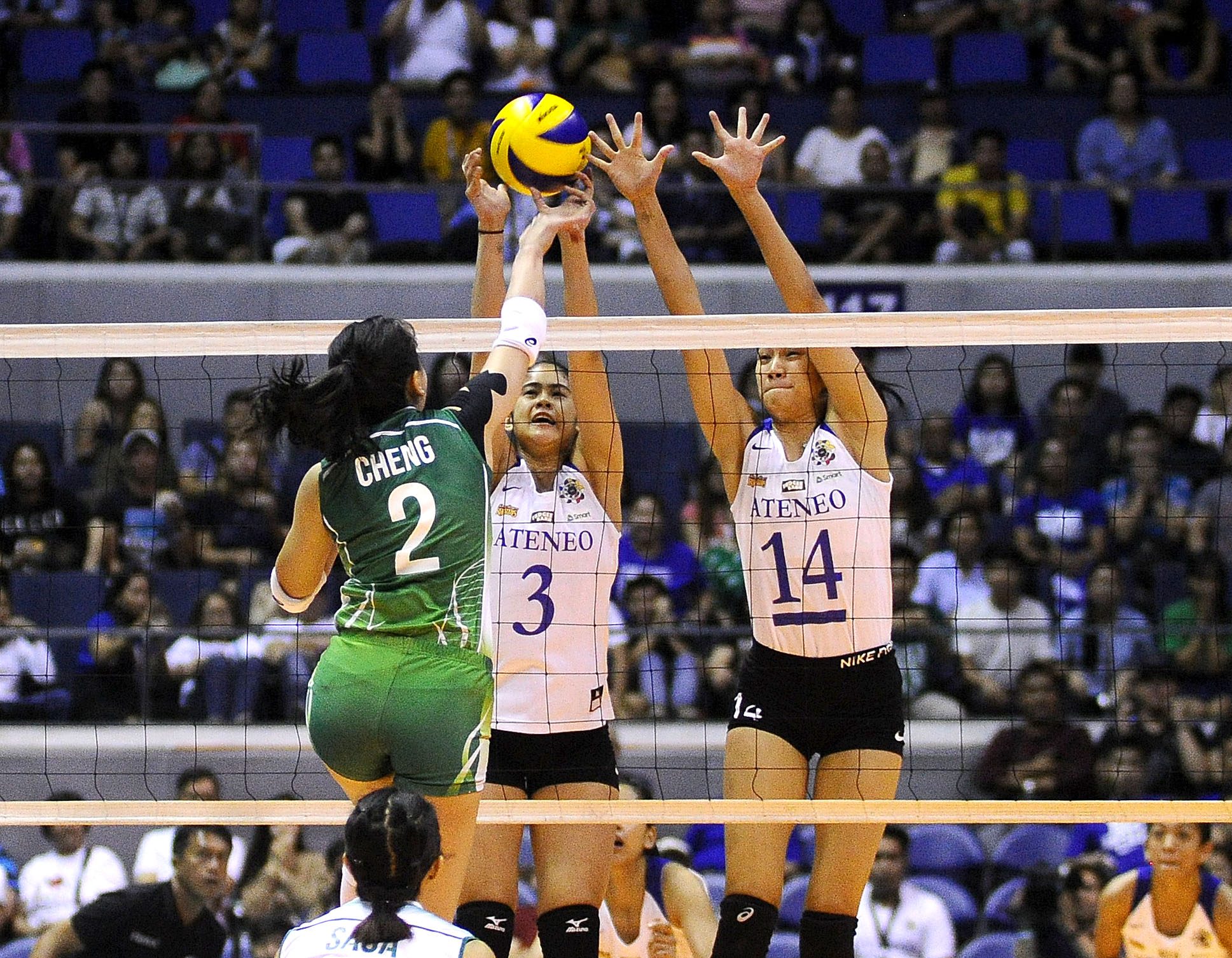 MANILA, Philippines – Ateneo captain Bea de Leon believes that the heartbreaking loss to archrival La Salle only goes to show that the league’s top team has more to learn despite clinching a Final Four seat in the UAAP women’s volleyball tournament.

“We’re in [the Final Four], but there’s clearly a lot to learn, a lot of adjustments, in-game adjustments –  what if they show you [plays that weren’t] what you saw in the past games, [then] you adjust, you have to adjust in-game,” said De Leon, who only put up 6 points, all from spikes, in Ateneo’s straight-set loss against La Salle on Saturday, April 13.

The Lady Eagles’ nest consists of the league’s top blockers – Maddie Madayag, Kat Tolentino and De Leon – which evidently, made them as the best blocking team this season.

But La Salle shut down Ateneo’s greatest strength, holding the No. 1 squad to 0 blocks.

De Leon admitted she couldn’t even remember laying a finger on a spiked ball.

“That’s very uncharacteristic of us that there were no blocks. Looking back at the game, they found the ways through it,” said the veteran middle blocker after the defending champions halted their 10-game winning streak.

“I barely remember even touching one’s open and stuff because they gave all the sets to their open, they did combinations. They really found ways to do it. Really uncharacteristic.”

For its last two assignments, Ateneo will face cellar-dwellers Adamson on Wednesday, April 24 and University of the East on Sunday, April 28.

De Leon promised that the Lady Eagles will make use of the Holy Week break to go back to the drawing board and try again to clinch the twice-to-beat semifinal advantage.

“This was really a test (losing to La Salle) because we took a loss and we still have two games so going into the Final Four, we need to do well in those games,” added De Leon.

“It doesn’t matter who we’re against, these teams will always fight, it’s still a sport. Nobody goes in to lose. We never underestimate a team.” – Rappler.com