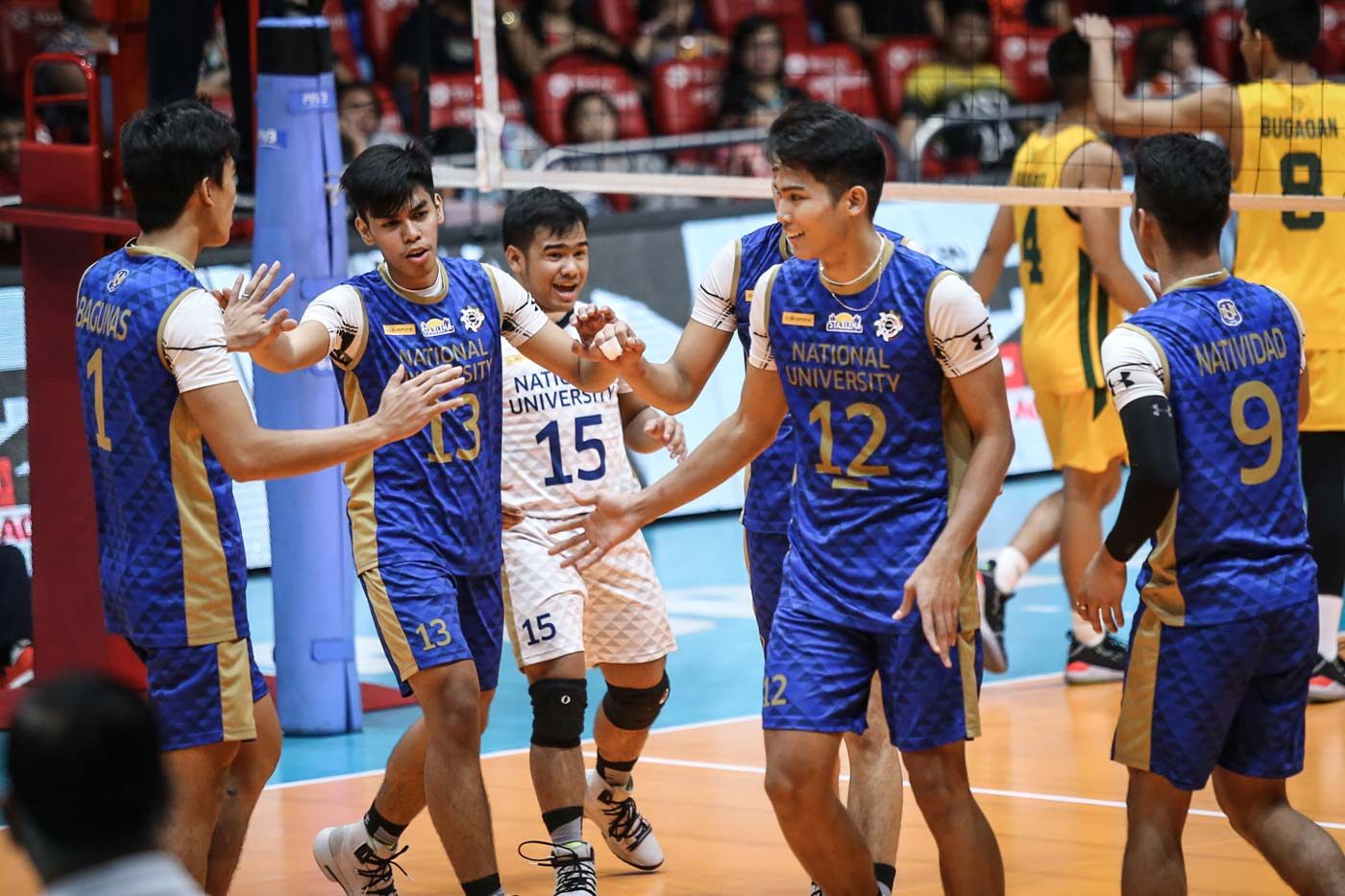 Bryan Bagunas and Nico Almedras both fired 15 markers as James Natividad added 13 for the defending champions, who tightened their grip of the No. 1 spot with an 11-1 slate.

Rookie sensation Josh Umandal tallied 12 points,11 coming from attacks for the Tigers, who have been eliminated from playoff contention with a 4-9 card.

Meanwhile, Peter John Quiel paced FEU with 15 as Jude Garcia dazzled with 12 points, 12 receptions and 6 digs for the Tamaraws, who fielded all their 15 players.

Two players scored in double-digits for UP with Jerry San Pedro and John Mark Millete registering 13 and 12, respectively.

FEU remained at 2nd behind NU with a 10-2 record while the Fighting Maroons remained at the bottom of the standings with a 1-11 slate. – Leigh Nald Cabildo/Rappler.com