Phoenix hero Wright endures mild bronchitis: ‘This is the playoffs’ 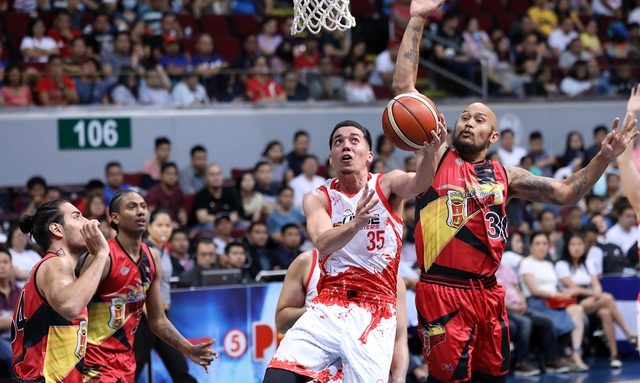 MANILA, Philippines – It’s the PBA playoffs and Matthew Wright knows it’s when everything is put on the line.

And Wright did exactly that as he shrugged off mild bronchitis and fueled Phoenix to a dramatic 92-90 win over San Miguel in Game 3 of the 2019 PBA Philippine Cup playoffs on Sunday, April 21.

The 28-year-old guard delivered 18 points, with none bigger than his 6 free throws in the final minute as the Fuel Masters now trail 1-2 against the Beermen in the best-of-seven duel.

“I have a little bit of a sore throat, but you got to man up. This is the playoffs,” said Wright, who had been suffering from the illness for the past 3 days, according to coach Louie Alas.

Just like in its Game 2 win, San Miguel looked like it was groomed for another come-from-behind triumph as it managed to knot the score at 86-all with 1:30 remaining.

But Wright wasn’t going to allow another meltdown, knocking down all of his 6 free throw attempts to finish with 12 big points in the final frame.

“I missed a free throw earlier, but I knew once I get to the free throw line I just try to ignore the noise and shoot the way I’ve been shooting for years,” he said after going 1-of-2 at the line before the 4th quarter.

“We really needed those free throws down the stretch, and thankfully, the ball was in my hands and I was able to get fouled.”

Phoenix shoots to level the series in Game 4 on Tuesday, April 23, at the Cuneta Astrodome.

“It’s good to get the monkey off our backs in this series. We finally got a win. It’s a quick turnaround and we got another game,” Wright added. – Rappler.com