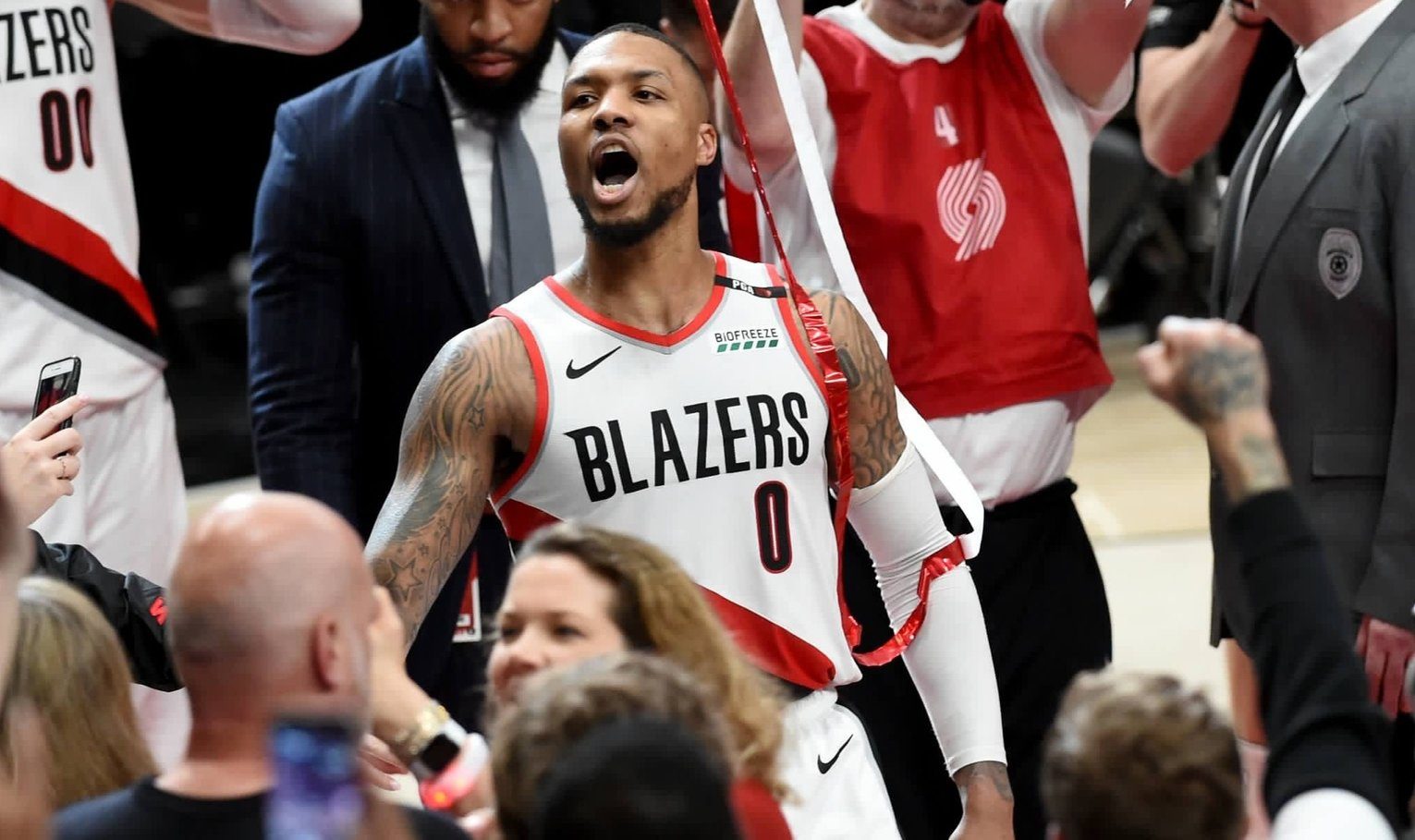 LOS ANGELES, USA – Damian Lillard sank a three-pointer at the buzzer to cap a 50-point display as the Portland Trail Blazers completed a late fightback to send Russell Westbrook and the Oklahoma City Thunder crashing out of the NBA playoffs on Tuesday, April 23 (Wednesday, April 24, Manila time).

Needing a win to keep the best-of-seven series alive, Oklahoma City appeared to be on their way to forcing a Game 6 after overturning a nine-point deficit at the end of the 3rd period to open up a 15-point lead in the 4th quarter.

But a sensational burst of scoring hauled the Blazers back within striking distance as their home fans at the Moda Center roared them on.

Lillard leveled the score at 115-115 with a driving layup and when Westbrook subsequently fluffed a chance to restore Oklahoma City’s lead with 18.3 seconds left, Portland ace Lillard was left with a chance to grab the win.

The 28-year-old point guard took his time, eating up the final few seconds before sinking a three-pointer from long-range to seal a 118-115 win and a 4-1 series victory.

“Sometimes it’s your turn to go through something, and when you keep fighting, and keep working through it, and stay together, there’s a reward waiting for you,” Lillard said after the win.

Earlier, Lillard had kept Portland in contention almost single-handedly, playing all 24 minutes of the first half and knocking down 12 of 18 shot attempts to score 34 points by the break.

His first-half exploits appeared to have caught up with him as the Blazers flagged in the 3rd period.

But the Portland talisman led a mesmerizing late rally to finish with 50 points, 7 rebounds and 6 assists.

It was a disappointing end to the season for Westbrook, who added a triple-double comprising 29 points, 11 rebounds and 14 assists.

Paul George led the Thunder scoring with 36 points, adding 9 rebounds and 3 assists in a losing effort.

Lillard meanwhile revealed that Portland had been motivated by Oklahoma City’s exuberant celebrations after their win in Game 3.

“They were out there doing all these celebrations,” he said. “After one win, that was what they decided to do. We were like, OK, we want to win 4 games, and then there won’t be nothing to talk about.”

Portland will face either Denver or San Antonio in the next round. The Nuggets took a 3-2 lead in their series after a 108-90 win earlier on Tuesday.

"Sometimes it's your turn to go through something, and when you keep fighting, and keep working through it, and stay together… there's a reward waiting for you."@Dame_Lillard x #NBAPlayoffs pic.twitter.com/3gT0TeJGlg